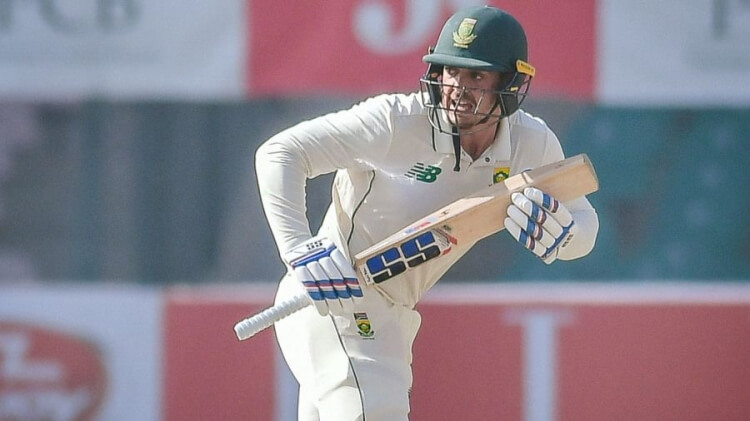 Wicketkeeper-batsman and former captain Quinton de Kock announced his retirement from Test cricket, citing his desire to spend more time with his young family, and said that he intends to continue giving his best for South Africa in the shorter formats.

South Africa wicket-keeper and batter, Quinton de Kock announced his retirement from Test cricket with immediate effect on Thursday (30/12/2021). The announcement came after the Proteas defeat to India in the first Test match in Centurion. The visitors won by 113 runs and took a 1-0 lead in the three-match series.

De Kocks last Test was against India in Centurion, which ended in a victory for the visitors on Thursday. He scored 34 and 21 in the two innings in addition to taking seven catches in the match.

"This is not a decision that I have come to very easily. I have taken a lot of time to think about what my future looks like and what needs to take priority in my life now that Sasha and I are about to welcome our first child into this world and look to grow our family beyond that. My family is everything to me and I want to have the time and space to be able to be with them during this new and exciting chapter of our lives," De Kock stated.

He said that he intends to continue playing white-ball cricket for South Africa. "This is not the end of my career as a Protea, I’m fully committed to white-ball cricket and representing my country to the best of my ability for the foreseeable future. All the best to my teammates for the remainder of this Test series against India," he said.

"All the best to my teammates for the remainder of this Test series against India.

Earlier, former India skipper MS Dhoni had taken retirement from Test cricket in a similar fashion in 2014. Dhoni had announced his retirement midway through a series in Australia after the conclusion of the Boxing Day Test match on December 30. As De Kock does a Dhoni, heres a look at how the Ranchi-born cricketer shocked the world with sudden retirement in 2014.

After the completion of the Boxing Day Test in Melbourne, where Dhoni had batted for hours to salvage the match on the final days play, the BCCI released a press release announcing Dhonis intention to retire from Test cricket. At the post-match press conference, Dhoni made no mention of his retirement.

Quinton de Kock announced his retirement from Test cricket in a similar fashion. De Kocks retirement occurred not just during a Test series, like Dhoni did, but also on the final day of a Boxing Day Test match.