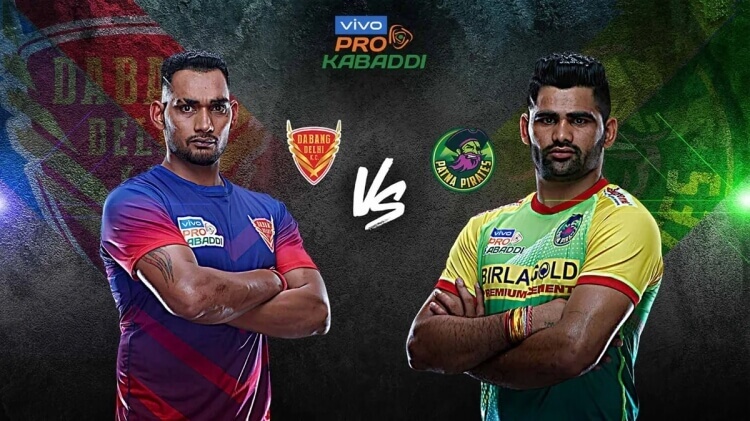 Patna Pirates team has the upper hand over the Dabang Delhi team. So try to pick more players from Patna Pirates

The Pirates locked horns with UP Yoddha in the first semi-final match of the season. The Patna-based club won the match 38-27 to make it to the summit clash of the competition. Shrikant Jadhav picked up ten points for UP Yoddha. However, a combined team effort by the Pirates saw them emerge victorious on the night to reach the final.

Dabang Delhi KC, meanwhile, squared off against the Bengaluru Bulls in their semi-final clash and emerged triumphant by five points. The Bulls captain Pawan Kumar Sehrawat top-scored for his team with 18 points, while Dabang Delhi KC raider Naveen Kumar bagged 14 points for his side.

Both sides played equally well, but it was the Delhi-based club who came out on top to book their place in the title match against Patna Pirates.

Sachin Tanwar: Sachin Tanwar is a quality raider and has been going well. He has looked in fine form lately and has come into his own. A string of fine performances ensured he takes his tally past the hundred and fifty mark to 163 raid points. He has also added 8 tackle points. He will be a big player in this game.

M Chiyaneh: Chiyaneh is just the kind of player you need in the side. The Iranian all-rounder doesnt shy away from putting in a tackle and is a proper team player. He has been sensational lately and has wreaked havoc. He has established himself as one of the best defenders this season and the leader of Patnas defense has taken his tally to 87 tackle points. He is leading the charts for top-scoring defenders. He has managed 10 High-5s in the tournament.

Guman Singh: Guman Singh is an energetic young raider and has been banking points for the Pirates. The youngster has been sensational lately and has averaged over 9 points a game in that period, to take his tally to 86 raid points for the season. He also has 2 tackle points in his kitty. He could pull up another surprise tonight.

Naveen Kumar: Naveen Kumar is one of the best raiders in the competition and while he has missed quite a bit of the tournament, he looked good in whatever time he spent on the mat. He has scored 194 raid points thus far, including 14 points in the semi-final to get Dabang Delhi here. He will be eager to put forward a record-breaking performance on the final night and turn around last seasons result.

Joginder Narwal: The leader of the Dabang Delhi defense, Joginder Narwal plays a key role in the side. The left corner defender has 31 tackle points in 18 games and has looked sharp lately. He didnt put too many tackles in, in the semi-final and would be hoping to hit back with vengeance in the final. He is one of the most experienced defenders on the side and will have a big role in the final.

Manjeet Chhillar: Manjeet Chhillar is one of the most experienced players on this Delhi side. The all-rounder has majorly taken up defensive duties this season and has seemingly hit peak form, which has seen his score rise to 50 tackle points. He is a big match player and would be eager to add more to his tally in the all-important game.