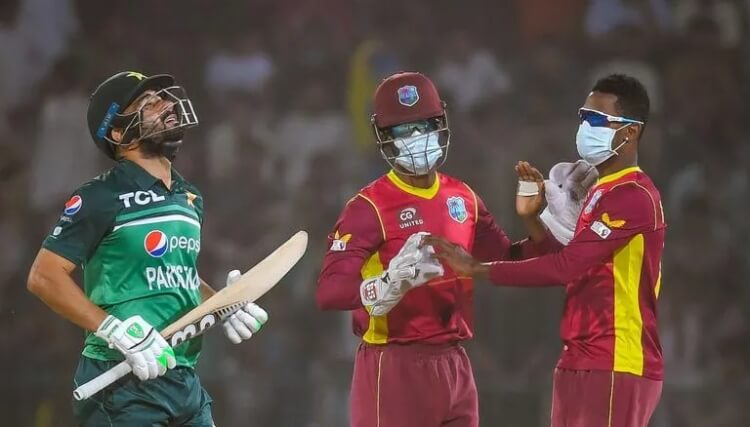 The hosts won the last match of the three-match ODI series between Pakistan and West Indies. On Sunday (June 12), he won by 53 runs to his name. During this match, there was a strange sentence was seen. Actually many players of the West Indies team wear face masks while fielding. He was seen playing. Now videos and photos related to this incident are going viral on social media.

Actually, during the third ODI match at Multan Cricket Stadium, there was a dust storm, due to which the game had to be stopped in the middle, and then when the players landed on the field, the players of West Indies covered their faces with masks for their safety. Imprisoned. The whole incident started from the 33rd over of Pakistans innings.

Let us tell you that since Kovid-19, the whole world has had to keep its face behind the mask, but Despite this, players were rarely seen on the cricket field with masks. However, due to this dusty storm, the Caribbean player had to wear a mask even inside the field. After the storm, the match was resumed, but 2-2 overs of both the teams were reduced from the scheduled overs.

If we talk about the match, then in the third ODI, Pakistan captain Babar Azam decided to bat first after winning the toss, after which Pakistan scored 270 on the basis of half-centuries of Imam-al-Haq (62) and Shadab Khan (86). Run target set.

Weve seen everything post-COVID now, the only thing which wasnt tried out during COVID has now been done courtesy dust storm. #PAKvWI pic.twitter.com/rVikQMbyel

Chasing the target, none of the batsmen except Akil Hossin could play a big inning for the West Indies and the whole team was bundled out for 216 runs. Akil Hossein scored 60 runs in 37 balls, but he could not get his team to victory.