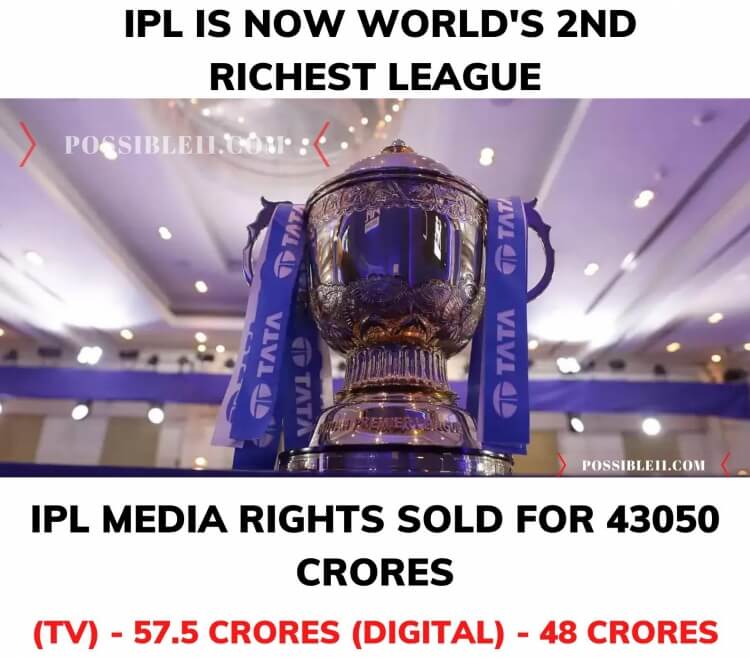 There was a fierce battle between big and big companies to buy the media rights of IPL. Meanwhile, the news is coming that out of the two groups that BCCI has formed to sell media rights, the bidding for two is almost complete now. News coming in is that TV rights have been sold for Rs 57.5 crore and the biggest bid for digital rights has been made at Rs 48 crore. However, nothing has been clarified by the BCCI about this so far, nor has it been known which company has taken the TV and digital rights. But there are also reports that TV and digital rights have been won by two different companies. In which there is a Sony, now the company that won the TV rights is also presenting a claim to buy the rights of digital ie OTT. If the same company had bought the TV and digital rights, then the matter would have ended there. But it is believed that the war is not over yet. Something is still left.

It can be understood in simple language like this, on whichever channel the IPL matches will come for the next five years, the company will give Rs 57.5 crore to the BCCI, while the company that has bought the digital rights, for the live broadcast of a match. 48 thousand crores will be spent. The BCCI had kept the base price for this years TV rights at Rs 49 crore, while the base price for digital rights was Rs 33 crore. The cost of these two packages has reached more than Rs 105 crore per day. There are still two more packages left to sell. Whose bidding will be done after the sale of these two packages.

Seven companies are said to be in the race for the auction, out of which four Viacom 18, Disney Star, Sony and Zee continued to compete even after seven hours on the first day, but it was not decided on the first day. On the first day, Package A TV rights and Package B digital rights were put together for Rs 42,000 crore. Earlier, the media rights of IPL were with Disney Star for the last five years. At the same time, the match was showing on TV and OTT. Now it may be possible that matches come on TV on some channel and on mobile you can watch matches live on any other channel.