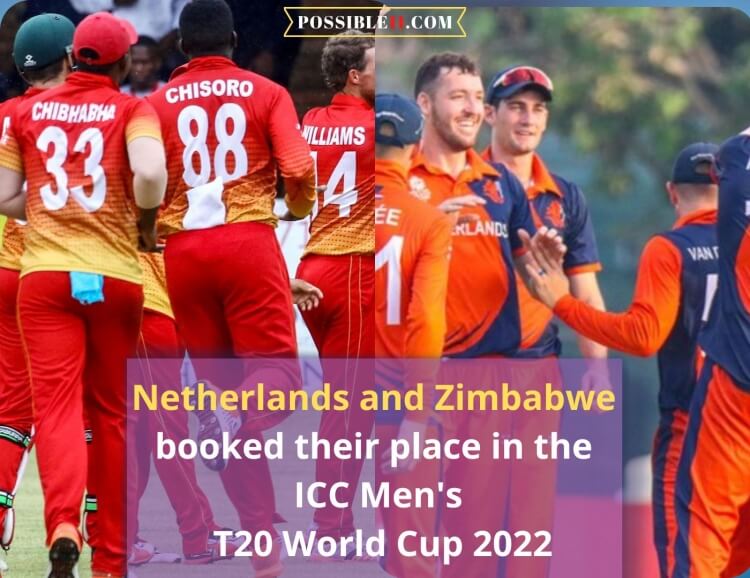 Netherlands saw off a spirited effort from the USA to seal a seven-wicket victory in their semifinal after restricting the USA to 138 in 19.4 overs even as Zimbabwe held of a valiant PNG by 27 runs.

Tournament hosts Zimbabwes decision to bat first turned out to be a fruitful one. The experienced duo of Regis Chakabva and skipper Craig Ervine provided a good start, with the former adopting an aggressive approach.

Chakabva struck the first boundary of the match in the very first over and followed that up with a flurry of fours -- three back-to-back off Sema Kamea. An over later, he smacked a six, looking even more dangerous.

At the end of the 10th over, Zimbabwe looked strong on 90 for 1. However, inside the next five overs, the hosts lost Ervine on 38, while Madhevere fell after top-scoring with a 29-ball 42. The middle-order contributed with valuable runs, helping their side post a strong 199 for 5 from the allotted 20 overs.

See you in Australia, @ZimCricketv 🤩

Everything was going Zimbabwes way as they picked up a wicket on the very first ball of PNGs innings with opener Lega Siakas dismissal. They lost two more wickets in quick succession as they were reduced to 45 for 3 in the Powerplay.

With the asking rate going up, Tony Ura started attacking with the bat, smashing two sixes in a row in Sikandar Razas over.

When Ura fell, PNG was 139 for 5. They ended on 172 for 8 after 20 overs, falling short by 27 runs. The home crowd went wild as Zimbabwe sealed their place in the marquee event in Australia.

Paul van Meekeren drew the first blood for the Netherlands with an all-important wicket of Taylor, who fell for 26 – his lowest score in the tournament so far. Unfortunately for the USA, the wicket triggered a collapse.

Netherlands have booked their spot in the ICC Men's #T20WorldCup 2022 🤩 pic.twitter.com/lPJLQhrOCe

Monank was the next batter to fall, getting caught off Shariz Ahmad, for a well-made 15-ball 32. Aaron Jones (15), Jaskaran Malhotra (12) and Nisarg Patel (28) were the only other batters to have scored runs in double digits as the pressure got the better of the USA line-up.

The Netherlands fought back well and had the USA bowled out in 19.4 overs for 138.