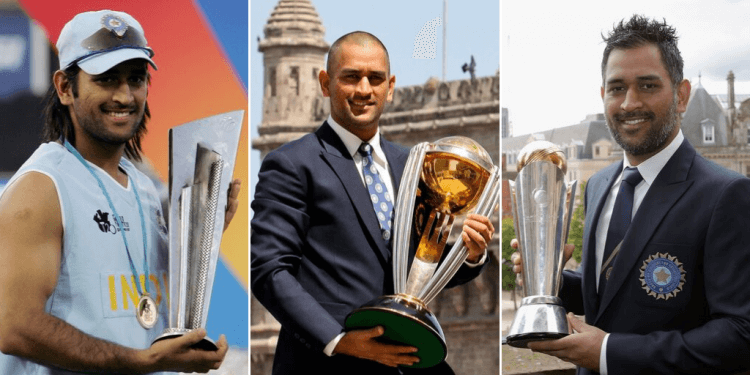 Former India captain Mahendra Singh Dhoni has turned 41 years old. Mahendra Singh Dhoni, one of the most successful captains of India, is no longer active in international cricket. He had said goodbye to international cricket in the year 2020 and is now seen only in IPL. However, on his birthday, there is a stir in the cricket world and cricketers from all over the world are wishing him a very happy birthday.

Sakshi shared the video of Dhoni

The video and photos of Dhonis birthday celebration were shared by Sakshi herself on Instagram. In this photo, you can also see team Indias star wicketkeeper-batsman Rishabh Pant. Pant is currently on a tour of England with Team India, where a Test match has been held. Now a series of three T20 and three ODI matches are to be played.

Everyone dreams of what Dhoni has achieved in the world of cricket, but no ones dream has been fulfilled as Dhoni did. He is the only captain to have won three ICC trophies. Here we are telling the complete journey of Dhoni.

Mahendra Singh Dhoni played his first match at the end of the year 2004. In the first match, he could not even open his account, but in the next few innings, he showed what category of player he is. The next few years were not special for the Indian team. In 2007, Team India Dhoni came to the Indian cricket team, and soon Team India was out of the group stage in the year 2007 World Cup. After this, under the captaincy of Dhoni, young India reached South Africa to play the T20 World Cup. Under Dhonis leadership, Team India won the first T20 World Cup.

The journey of success of Captain Dhoni started here. He still continues. In 2009, India became the number one team in Tests under his captaincy. Meanwhile, the IPL started and Dhoni was made the captain of Chennai Super Kings. In 2010, he married Sakshi of Dehradun and won the IPL title in the same year. The next year Dhoni made India champion in the ODI World Cup. Two years later, under Dhonis leadership, Team India won the Champions Trophy and Dhoni became the only captain to win three ICC tournaments.

In 2014, Dhoni took a shocking decision. After leaving the captaincy of Test cricket, he decided to retire from Test cricket. In 2015, Dhoni became the father of a baby girl. At this time he was busy in the ODI World Cup in Australia. After this tournament, he met his daughter Jeeva. In July 2015, Chennai Super Kings were banned for two years on charges of illegal betting and match-fixing and Dhoni joined the fledgling team Pune Supergiants in the IPL, where he did not perform as expected.

In 2016, the film on Mahendra Singh Dhoni proved to be successful at the box office, in which Dhoni was played by the late actor Sushant Singh Rajput. Dhoni has been honored with Padma Bhushan, Padma Shri, and Rajiv Gandhi Khel Ratna Award for his outstanding contribution to the sports world.

Chennai Super Kings returned to the IPL in 2018 after a two-year ban and in 2019, the team reached the final. However, 2020 turned out to be the worst year for Chennai, and for the first time in IPL history, the team failed to make it to the playoffs. The next year Dhoni made a great comeback and made his team the champions. This was the fourth time that Chennais team won the IPL title. After being successful for Chennai Super Kings, he became very popular in Tamil Nadu and got the name Thala, which means elder brother.

Dhoni was run out in the semi-finals of the 2019 ODI World Cup and could not lead India to victory. After this, he was not a part of Team India for many series and after the corona epidemic came in 2020, he announced his retirement from international cricket. Dhoni is still playing IPL and after a poor performance in 2022, would like to say goodbye to cricket by making his team champion again in 2023.