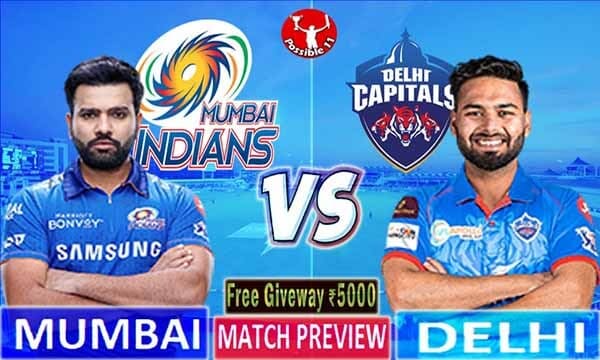 IPL 2021, MI vs DC Match: After the victory of Punjab, the Delhi Capitals have been confirmed in the playoffs. Mumbai Indians team would like to win todays match in any case so that they can get closer to the playoffs.

Sharjah: After the loss in the previous match, Delhi Capitals will be eyeing a return to winning track in the IPL through Saturdays match, while out-of-form defending champions Mumbai Indians will look to maintain the momentum after a win. Will be