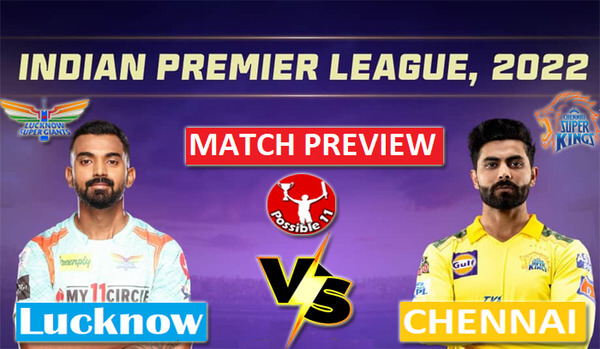 Lucknow Super Giants will clash against defending champions Chennai Super Kings in the 7th match of the IPL 2022 on Thursday. Super Giants had set massive expectations with the kind of players they had bought but they lost their opening game against Gujarat Titans by 5 wickets in the final over of the match. They had control over the match for the most part however leaked runs at the death which went against them. Lokesh Rahul needs to be more proactive while making decisions on the field.

Chennai Super Kings on the other hand weren’t at their best in the inaugural match of the tournament, they lost to 2-time champions Kolkata Knight Riders by 6 wickets. They lost 5 wickets inside 11 overs and later rescue act from former skipper MS Dhoni gave them something to bowl at however they failed to defend the marginal score of 131. Moeen Ali who missed the first game is all set to take the field against Giants.

The first match at the Brabourne Stadium was between Mumbai Indians and Delhi Capitals. The pitch was excellent for batting in that game and it will be the same for this match as well. The flat wicket and the small boundaries will ensure that there will be lots of fours and sixes flying around. There will be some assistance for the pacers with the new ball. Dew will be there in the second innings and teams will look to bowl first keeping that in mind. The average first innings score at this venue in T20s is 188 runs. Chasing sides have won 2 out of 5 matches played here. 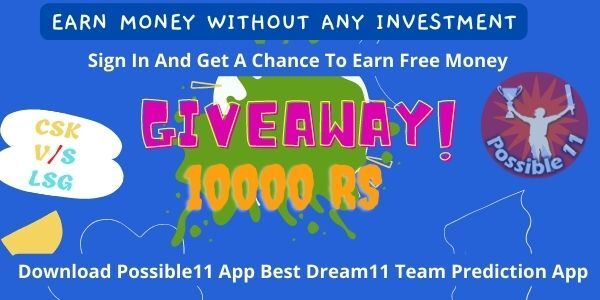 Top Picks for LSG vs CSK:

Ruturaj Gaikwad: Like Rahul, Gaikwad also did not have the best of starts to his IPL 2022 campaign. The IPL 2021 Orange Cap winner is a brilliant player of spin and likes to play big knocks at the top of the order. The CSK opener will be keen to get back into run-scoring ways, making him one to watch out for in this game.

KL Rahul: KL Rahuls stint with the Lucknow Super Giants got off to the worst possible start as he registered his first IPL duck in over five years. However, the LSG captain is one of the top batters in the league, with his knack for scoring big runs being the key. With the conditions suiting his playing style, Rahul is a good addition to your LSG vs CSK Dream11 fantasy team.

Krunal Pandya gave his everything with both bat and ball against Gujarat Titans however ended up on the losing side. He gave the finishing touches by scoring 21* runs from 13 balls and later bowled a brilliant spell by picking up a wicket at an economy of 4.25.

Deepak Hooda came when his side was struggling at 3 for 20 and played his natural game to score 55 runs from 41 balls, while with the ball picked up a wicket as well.

Moeen Ali inclusion will further strengthen the Chennai batting line-up and his ability to bowl will make him a perfect all-rounder.

Playing in his first IPL game, Dushmantha Chameera picked up 2 important wickets of Shubman Gill and Vijay Shankar. He bowled with a good rhythm and is expected to deliver the same in this match as well.

Dwayne Bravo: DJ Bravo bowled really well in the last game and picked up 3 wickets for just 20 runs in his 4 overs. He became all time highest wicket-taker in the IPL. Bravo will mainly bowl in the middle and death overs and is a genuine wicket-taker.

The average first innings score on this wicket is 188 runs.

The team batting second has great records here. They have maintained a winning percentage of 80 on this ground.

There are no injury updates as of now.