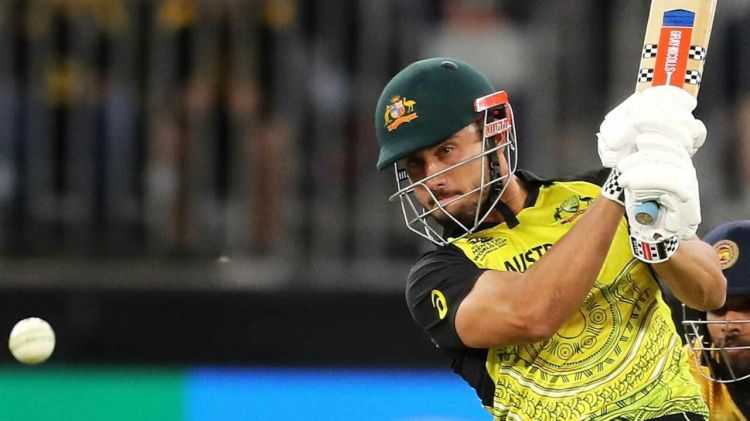 During the 19th match of the ongoing ICC T20 World Cup 2022 at Perth Stadium, a devastating top-order onslaught off Marcus Stoinis bat helped Australia record their first win in the tournament, defeating Sri Lanka by 7 wickets.Australia had the wickets in hand advantage throughout the chase, despite skipper Aaron Finch (31* off 42) struggling to get along with his innings, while also registering the infamous record for the lowest Strike Rate - 73.81 - in a T20 World Cup innings (40+ balls).

The Aussies were in trouble after Glenn Maxwells wicket fell during the 13th Over of the innings, but a scintillating innings from Marcus Stoinis (59* off 18) punctured the spirits of the Sri Lankan bowlers, as he nailed the chase with 33 deliveries to spare.

Yuvraj Singh has the fastest 50-minute run in the T20 World Cup. In the inaugural edition of the tournament, the southpaw smashed a half-century in 12 balls against England. Notably, this was the same innings in which he hit six sixes against Stuart Broad.

Marcus Stoinis became the T20 World Cups second fastest batter to reach a half-century. In the T20 World Cup 2022, the all-rounder was at his best, smashing fifty off 17 balls against Sri Lanka. His innings aided his teams victory in 17 overs.

Stephan Myburgh of the Netherlands has the joint-fastest second half-century in the T20 World Cup. He accomplished the feat when he scored 50 runs in 17 balls against Ireland during the 2014 T20 World Cup.

KL Rahul has the fourth-fastest 50-yard dash in the T20 World Cup. The first batter also needed 18 balls to reach the milestone. He accomplished this during the T20 World Cup 2021 match against Scotland in Dubai.

Glenn Maxwell is another Australian on the list of the T20 World Cups Fastest 50. During the 2014 T20 World Cup, the all-rounder tonked Pakistani pacers for a half-century in just 18 balls.