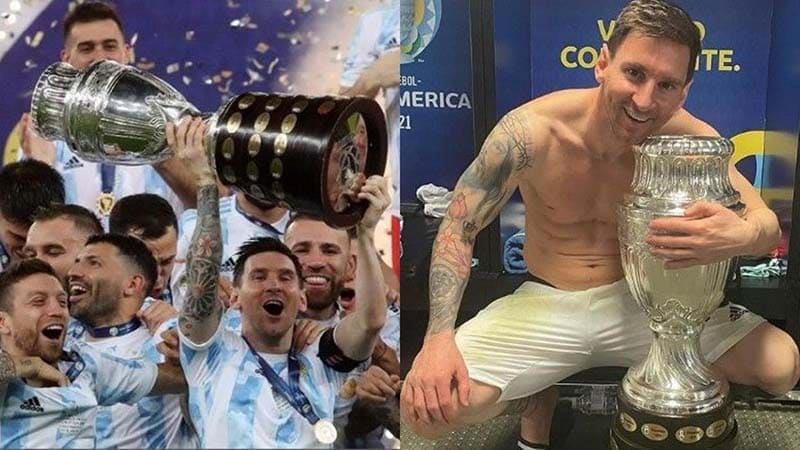 Lionel Messi garnered over 20 million likes on his Instagram post after Argentinas Copa America triumph -- a record for an athlete. 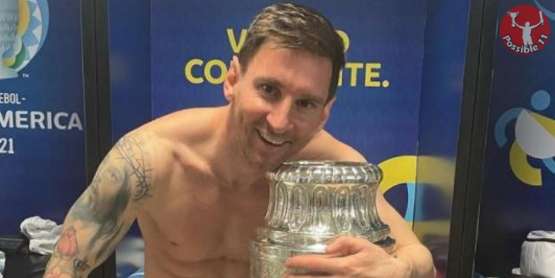 Lionel Messi shared a picture with the Copa America trophy after Argentinas triumph.

Argentine striker Lionel Messi has overtaken Portugal forward Cristiano Ronaldo to have the most liked sports picture on Instagram, surpassing a record 20 million likes. Messi posted a photo of himself with the Copa America title after Argentina outclassed Brazil in the finals earlier this month. As a result of winning Copa America, Messi recorded his first international title with Argentina. The Argentine strikers post has broken the previous record of 19.8 million likes that was held by Ronaldo after he paid tribute to Diego Maradona following his death, reported ESPN.

Messi had posted the picture with Copa America title on Instagram and he captioned the post as: "What a beautiful madness! This is unbelievable! Thank you, God! We are the champions!"

The 34-year-old managed to score 38 goals in 47 matches for Barcelona in the last season, including 30 in La Liga. The Argentine striker also recorded four goals and five assists for the national side in Copa America and as a result, he was adjudged as Player of the Tournament.

Messi is all set to sign a new five-year contract with Spanish club Barcelona. Along with signing a new deal, Messi will also be taking a 50 per cent wage cut, reported Goal.com.

The maverick striker has agreed to take a cut on his yearly earnings in order to re-sign for Barcelona, and the club will make a formal announcement in the coming weeks.