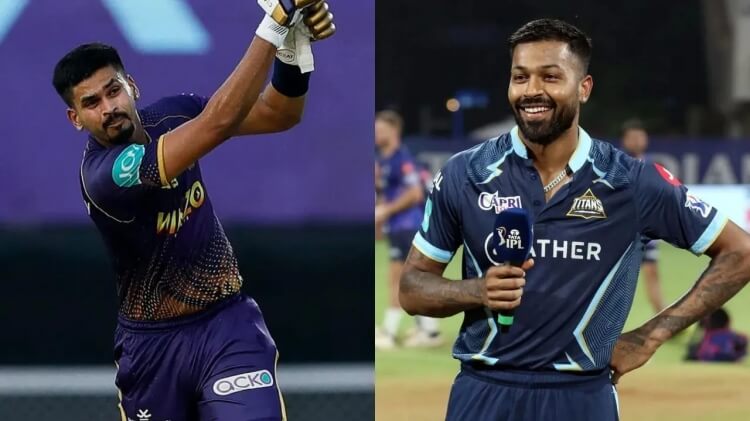 After a good performance in the opening matches, the KKR team has suffered consecutive defeats in the last three matches in this tournament, due to which it has slipped to the seventh position in the points table. In the last match, KOL team lost by 7 runs against RR team. Aaron Finch, Shreyas Iyer performed very well in the last match for the KKR team, in this match, the team is expecting good performance from all its players.

The KKR team will take lessons from their previous defeat in this match with the intention of registering a win while the GT team would like to continue their winning campaign in this tournament.

In this match, former KKR player Shubman Gill and Naren can see a good fight. Gill has played two big innings this season (84 against Delhi and 96 against Punjab) but missed out on a century both times. For KKR, the pace of veteran Indian batsman Ajinkya Rahane (80 runs in five matches) is a matter of concern. He has failed as an opener, so the team may have to think about his alternative.

The match between Kolkata Knight Riders and Gujarat Titans is going to be played on the red clay pitch of Brabourne Stadium. This pitch is very helpful for the batsmen and due to the good bounce, the ball also comes well on the bat. But as the game progresses, so do bowlers. This pitch is also very effective for spin bowlers.

At the Brabourne Stadium (before IPL 2022), the average score in the first innings is 157 while in the second innings it is 147. Although in IPL 2022, 7 matches have been played on this ground so far, out of which the team bowling first has got more success. In such a situation, looking at these figures, it can be said that whichever captain wins the toss first will decide to bowl.

Who is the best captain in IPL History?