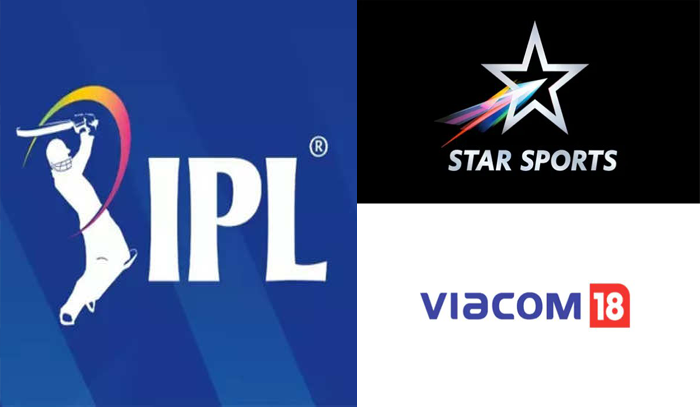 The names of the companies that will acquire TV and digital media rights for the next 5 years of the Indian Premier League (IPL) have been announced. This information was given from the official Twitter handle of IPL. These rights are for 2023 to 2027. The Board thanks Star Sports India for joining again. On the other hand, about Viacom 18 and Times Internet, he said welcome. This is the beginning of a promising journey of 5 years. We couldnt wait for it to start. Meanwhile, Board Secretary Jay Shah has talked about getting digital rights to Viacom 18. At the same time, Star has got TV rights. He has shared information about it on social media. The board has got a total of Rs 48 thousand 390 crores from this.

According to the four packages, the price of each match is different.

These companies have IPL media rights

Package A of IPL media rights has been bought by Star Sports for Rs 23,575 crore. The TV rights were in Package A. At the same time, Package B has been bought by Viacom 18 for Rs 20500 crore. Package B contains digital rights. Now viewers will be able to watch the match on the Star Sports channel. At the same time, fans will have to download VOOT for mobile or laptop, because the digital rights are with Viacom 18.

Viacom18 bags digital rights with its winning bid of Rs 23,758 cr. India has seen a digital revolution & the sector has endless potential. The digital landscape has changed the way cricket is watched. It has been a big factor in the growth of the game & the Digital India vision.

Viacom has bought Package C for Rs 3258 crore. Package C includes media rights for playoff matches. At the same time, Package D has been bought by Viacom 18 and Times Internet jointly. This includes the rights to show matches outside India.

Iam thrilled to announce that STAR INDIA wins India
TV rights with their bid of Rs 23,575 crores. The bid is a direct testimony to the BCCI’s organizational capabilities despite two pandemic years.

BCCI Secretary Jay Shah said that IPL has been popular since its inception. Today is a big day in the history of IPL. Media rights have been sold for Rs 48,390 crore for the next five years. With this IPL has now become the second most expensive league in the world.

Since its inception, the IPL has been synonymous with growth & today is a red-letter day for India Cricket, with Brand IPL
touching a new high with e-auction resulting in INR 48,390 cr value. IPL is now the 2nd most valued sporting league in the world in terms of per
match value!