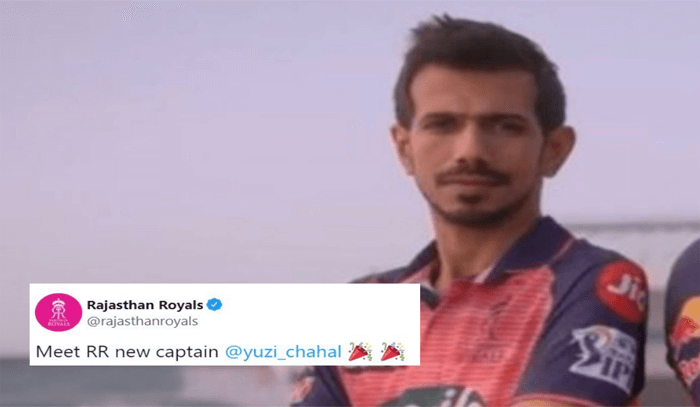 The leg-spinner has been one of Indias best and he would now have an added responsibility of leading the team to the IPL title, something that Rajasthan Royals have not had ever since winning the first title in 2008. This would also be Chahals first IPL captaincy stint.

Chahal, who was not retained by Royal Challengers Bangalore (RCB), for whom he played from 2014 IPL onwards, was bought by the Rajasthan Royals (RR) franchise in the IPL 2022 Auction for INR 6.5 crores.

On March 16, 2022, Yuzvendra Chahal apparently announced that he had the admin password for the RR Twitter account and decided to have some fun with it. First, the RR account tweeted a photo of Yuzvendra Chahal, with a message saying Meet new RR captain.

Also Read: IPL 2022: Rajasthan Royals reveal their new jersey ahead of the season