IPL 2022: Rajasthan Royals reveal their new jersey ahead of the season 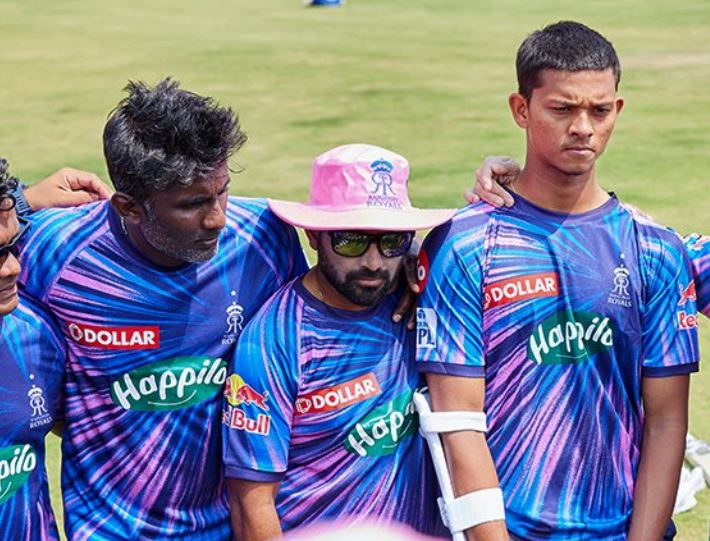 Rajasthan Royals have unveiled their new jersey for the 2022 edition of the Indian Premier League (IPL).

Rajasthan Royals have unveiled their new jersey for the 2022 edition of theIndian Premier League (IPL). The official social media handles of the franchise made the major announcement on Tuesday (March 15). The inaugural season champions have stuck with the shades of pink and blue but have made some significant changes in their design. There are horizontal stripes on the jersey made from multiple shades of pink.

At the same time, the collars and sleeves of the jersey are dark blues in color. With premium dry fruit brand Happilo being the title sponsor of the franchise, its logo is placed in the middle of the jersey. Logos of other sponsors like Dollar, Jio, and Red Bull are also framed in the kit. Meanwhile, the jersey was unveiled through a fun video posted by the franchise featuring Sanju Samson, skipper Yuzvendra Chahal and also RedBull stuntman Robbie Maddison, who showed off his skills and delivered the jersey.

Needless to mention, the new design went viral in no time as fans came up with their opinion. Meanwhile, the Jaipur-based team would also want a shift in fortunes alongside a change in jersey. After lifting the title in the inaugural edition in 2008, RR hasn’t qualified for the final even once. In fact, their performance in the last couple of seasons has been nothing but underwhelming.

Nonetheless, the franchise officials did a fine job in the mega auction last month and formed a formidable squad. While the likes of skipper SanjuSamson, Jos Buttler and Yashasvi Jaiswal were retained, the team bought big guns like Ravichandran Ashwin, Trent Boult, Devdutt Padikkal, Shimron Hetmyer and Yuzvendra Chahal at the auction event.