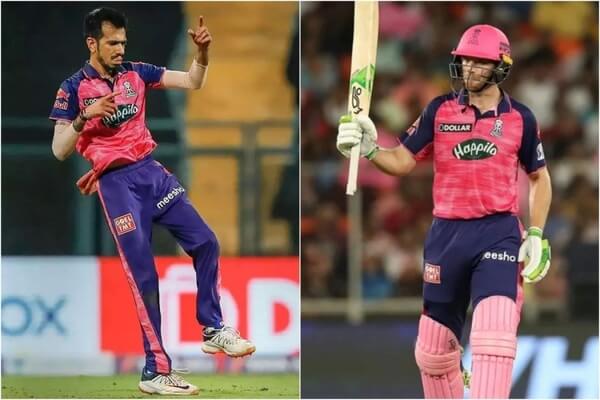 Debutants Gujarat Titans have won the IPL 2022 final against Rajasthan Royals to win their first title. They beat RR by 7 wickets at the Narendra Modi Stadium in Ahmedabad.

It was a one-sided contest for the Titans who were asked to bowl first. The RR batting werent able to score the big runs against the GT bowlers led by skipper Hardik Pandya, and could only manage 130 runs.

Titans who were chasing a target of 131 at their home ground, were well-prepared to face the RR bowlers. Opener Shubhman Gill remained unbeaten on 45 and hit the winning runs for his team.

Purple ? ✅
Most wickets by a spinner in an IPL season ✅

Yuzi in Pink is such a treat. ?? pic.twitter.com/QU6aKCSrw6

Jos Buttler has been in exceptional form all through the season, smashing 4 centuries for the Rajasthan Royals at the top of the order, and playing a big part in taking the team to the final. His scintillating form has helped him win the Orange Cap for IPL 2022. Buttler scored a total of 863 runs in 17 matches, which included four centuries and four half-centuries.

KL Rahul, Quinton de Kock, Hardik Pandya and Shubman Gill round up the top 5 of the highest-scorer list.

Rajasthan Royals key bowler Yuzvendra Chahal is the winner of the IPL 2022 Purple Cap. Chahal took a total of 27 wickets in 17 matches to top the leaderboard of the highest wicket-taker list. He is also tops the list of - most wickets taken by spinners in an IPL season. Though Chahal was on top of the list most of the times, later in the tournament he was in a close contest with RCBs Wanindu Hasaranga for the Purple Cap.

After taking one wicket in the IPL 2022 final, Chahal made the Purple Cap his.