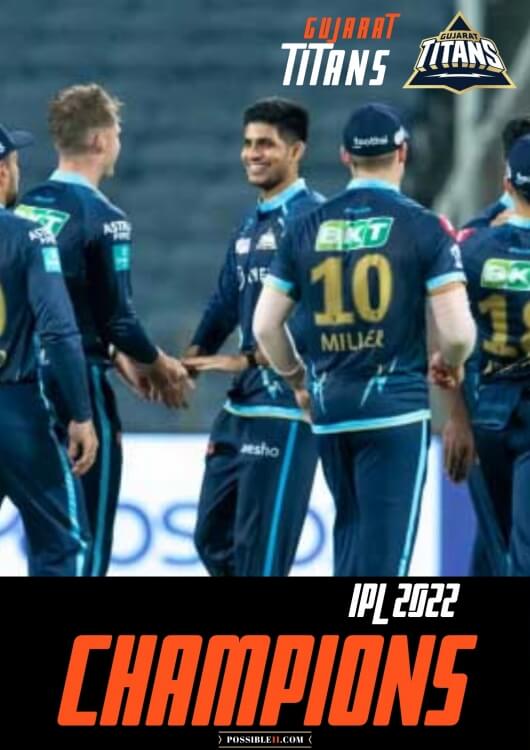 IPL 2022 Final, GT vs RR Highlights: Gujarat Titans are edging closer towards victory Rajasthan Royals in the final of IPL 2022 at the Narendra Modi Stadium in Ahmedabad. Chasing a target of 131, GT are three wickets down, with Shubman Gill going strong for them. Earlier, Hardik Pandya starred with the ball as GT managed to restrict RR to total of 130 for nine RR took three for 17 from his quota of four overs, while R Sai Kishore also took two wickets.

For RR, Jos Buttler top-scored with a 35-ball 39. Earlier, RR won the toss and elected to bat. Both teams faced each other twice earlier this season, including Qualifier 1, with GT winning both games. GT and RR finished first and second in the league phase with their consistent performances.

GUJARAT IT IS! The new team, the new entrant manages to lift the trophy in the first year itself. Outstanding display from them. Just brilliant. They were the best team in the tournament and they have shown why! For the third time they have managed to beat Rajasthan in this edition and this win is probably the most convincing and the sweetest.

Surprised everyone with their performance and won the IPL.

Gujarat Titans have taught all of us an important lesson of life. #GTvsRR #TATAIPL 2022 pic.twitter.com/2sm2VLmARC