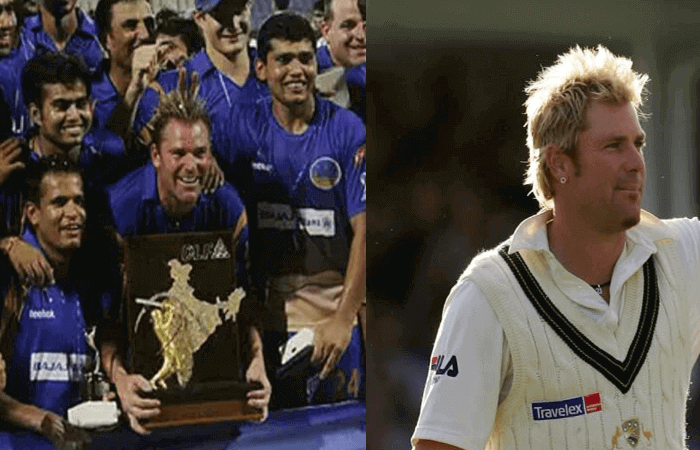 The cricket community has been hit hard by the death of Shane Warne, and the IPL teams today were at a loss of words, as they poured out their touching tributes for the late cricketer on social media. IPL franchise Rajasthan Royals, which is the only team that Warne played for, penned an emotional note for an Australian cricketer, who passed away at the age of 52, due to a heart attack.

Warne played 55 matches for Rajasthan Royals between 2008 and 2011. He led the side to the IPL title in the inaugural edition in 2008. That triumph remains RRs only IPL title to date. He was instrumental in grooming a host of young Indian cricketers who were part of the Royals squad during that period.

You’d be lying if you said you never tried to imitate this iconic bowling action. ?

"Shane (Warne) was the first Royal. Our first captain. Our first family member. And Our first champion. He provided so many memories on and off the pitch. He shaped the values of the RR franchise. He co-created the Royals. And he helped transform the story of the Indian Premier League (IPL)."

Warne, who redefined the art of spin bowling to become one of the greatest in international cricket, died of a suspected heart attack in Thailand on Friday.