IPL 2022: Mumbai Indians reveal their new jersey ahead of the season 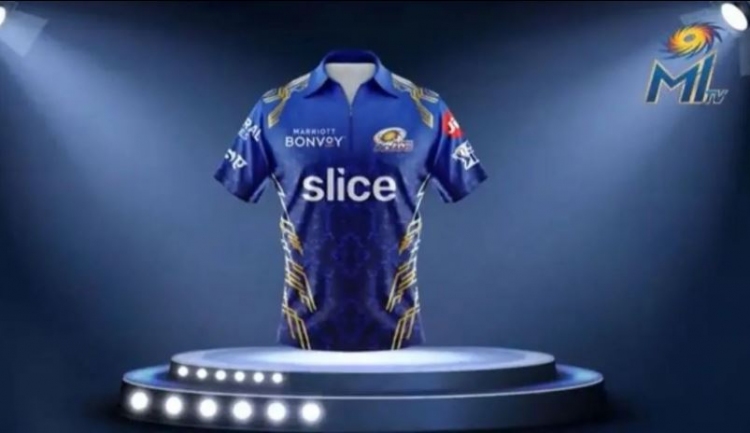 IPL 2022: Five-time champions Mumbai Indians have unveiled their new jersey ahead of the 2022 edition

Five-time champions Mumbai Indians have unveiled their new jersey ahead of the 2022 edition of the Indian Premier League (IPL). The official Twitter handle of the franchise shared the new design on Saturday (March 12) and netizens didn’t take long in sharing their views. Cobalt blue continues to be the primary colour of the kit and many changes haven’t been made in the upper half either.

The bottom half of the jersey has a structured design from the combination of cobalt blue and navy blue. One can also see some emblems in black colour. The golden stripes at the side are also complimenting the blue colour pretty well. As a result, MI’s new jersey design went viral in no time and fans came up with different opinions.

Meanwhile, Mumbai Indians are the most successful franchise in the history of IPL, having bagged the title a record five times. Interestingly, they couldn’t qualify for the playoffs last season and would fight for redemption in the 2022 season. Meanwhile, the Rohit Sharma-led team isn’t the strongest on paper ahead of the season.

MI’s strategy in the mega auction last month took many by surprise as the side didn’t go after many prominent players. While they spent a whoppingINR 15.25 crore to get Ishan Kishan on board, they bought Jofra Archer for INR 8 crore and he won’t be available for this season amid fitness issues. Hence, it will be interesting to see how the side fares in IPL 2022. Meanwhile, the tournament is scheduled to get underway on March 26 and fans must have marked their calendars.

Also Read: IPL 2022: Delhi Capitals reveal their new jersey ahead of the season