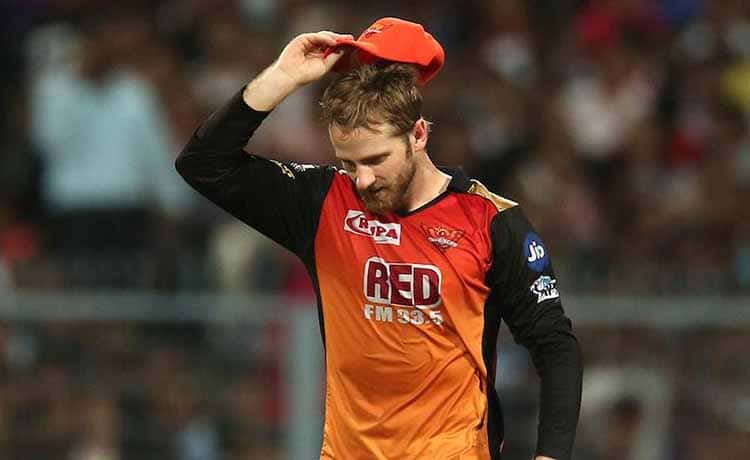 IPL 2021: Virender Sehwag asks SRH to include Kane Williamson in the playing XI

SRH are currently placed on seventh position in the points table after losses in their first two matches.

Virender Sehwag, the former Indian cricketer, reckons that Kane Williamson is a solution to the Sunrisers Hyderabad’s (SRH) batting woes in the 2021 edition of the Indian Premier League (IPL).

The David Warner-led team has lost both their matches against Kolkata Knight Riders (KKR) and Royal Challengers Bangalore (RCB) and SRH placed on the seventh position in the Points Table.

On Thursday, the Orange Army lost by six runs as they failed to track down 150. Warner scored a quickfire half-century, but his efforts went in vain as SRH’s middle order capitulated like a house of cards.

In the meantime, to highlight Kane’s importance, Sehwag quoted the title track of the Shah Rukh Khan-starrer ‘Main Hoon Na’, sung by the legendary Sonu Nigam

Earlier, Trevor Bayliss, the head coach of the Sunrisers, stated that the Tauranga-born Kane needed a bit more time to recover.

Prior to New Zealand’s home series against Bangladesh, Williamson sustained a small tear in his left-elbow tendon that ruled him out of the series.

“At the moment what we wanted to do is reward the guys who finished the tournament last year. We got off to a slow start last tournament but came back well to reach the finals (playoffs).

Someone like Saha opening and batting so well in that tournament we felt we should reward the guys who finished it so well for us last year,” he added.

Sunrisers next match with Mumbai Indians (MI) on Saturday, April 17 at the MA Chidambaram Stadium in Chennai. In 53 IPL matches, Kane has 1619 runs at an average of 39.49 with 15 half-centuries to show for his efforts.