India vs England highlights, ENG beat India by 10 wickets in the semi-final 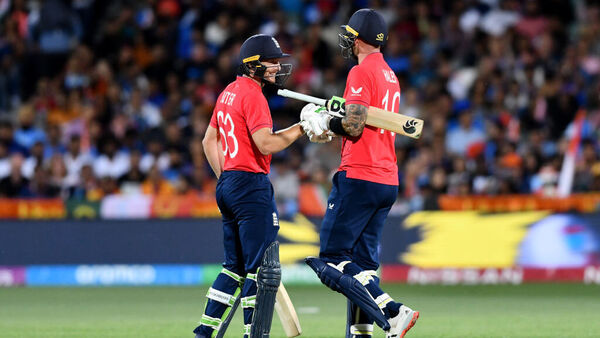 India vs England highlights, England beat India by 10 wickets in the semi-final

The second semi-final of the T20 World Cup was played between India and England in Adelaide on Thursday. England won the toss and decided to bowl first. Team India scored 168 runs for six wickets in 20 overs. In reply, Englands team scored 170 runs in 16 overs without losing a wicket.

England beat India by 10 wickets in the semi-final. He achieved the target of 169 runs without losing any wicket. Batting first, India scored 168 for six in 20 overs. Answer: England team scored 170 runs without any loss in 16 overs. Alex Hales scored an unbeaten 86 off 47 balls for England. Captain Jos Buttler scored 80 runs off 49 balls. Four of Indias six bowlers conceded runs at an economy rate of more than 10.

In the entire tournament, the pair of Rohit Sharma and KL Rahul have failed to stand together for the team. Even in an important match like knockout, both the batsmen failed to give a good start to the team. While Rahul scored 5 runs in 5 balls, Rohit played a sluggish inning of 27 runs in 28 balls. KL Rahul scored 128 runs in his 6 innings throughout the tournament.

After Rahul was dismissed on the fourth ball of two overs, Rohit Sharma and Virat Kohli batted very slowly throughout the powerplay, due to which India was under pressure. India stood at 38/1 in 6 overs of powerplay. In Rohit scored 20 runs in 18 balls and Kohli was at the crease after scoring 12 runs in 13 balls. Let us tell you that Rohit made only 116 in his 6 innings in the entire tournament.