India beat Australia by six runs, Shami took four wickets in an over 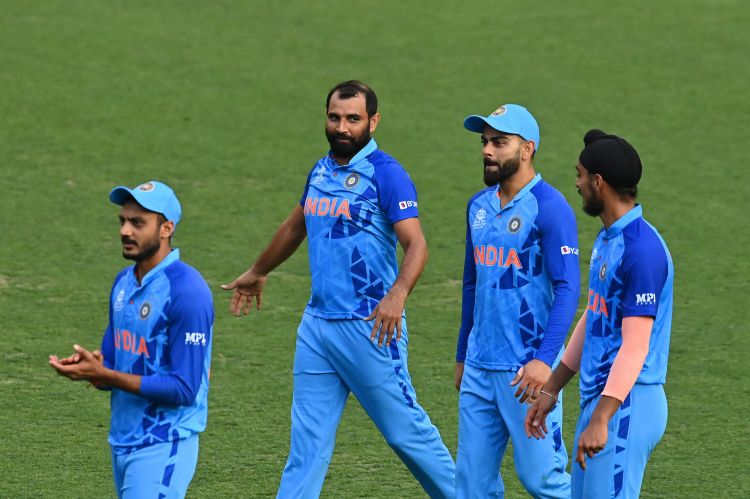 India faced Australia (IND vs AUS) in the warm-up match of the T20 World Cup 2022. Team India is currently the number one team in the world in T20. At the same time, Australia is the defending champion. Australia won the toss and decided to bowl first. Batting first, India scored 186 runs for the loss of seven wickets in 20 overs. In reply, the Australian team was reduced to 180 runs in 20 overs. India won the match by six runs.

IND vs AUS Highlights - India defeated Australia (IND vs AUS) by six runs in the T20 World Cup practice match. Batting first, India scored 186 runs for the loss of seven wickets in 20 overs. KL Rahul scored 57 runs in 33 balls and Suryakumar Yadav scored 50 runs in 33 balls. In reply, the Australian team was all out for 180 runs in 20 overs in exchange for Indias excellent bowling and fielding in the death overs.

Australia needed 43 runs in the last five overs. Then he had eight wickets left. Finch and Maxwell were batting. After this Bhuvneshwar Kumar gave only four runs and took one wicket in the 16th over. Ashwin gave away 10 runs in the 17th over. Arshdeep came to bowl in the 18th over and conceded 13 runs. The 19th has been a problem for Team India for some time now.

However, in this match, Harshal Patel brought the 19th over and spent only five runs. Two wickets also fell in this over. Harshal first clean-bowled Finch. Then in this over, Tim David was run out on the direct hit of Virat Kohli. Mohammed Shami came to bowl for the first time in the 20th over. He had to save 11 runs. In front were Pat Cummins and Josh Inglis.

Shamis 20th over in the T20 World Cup warm-up Match

Shami took four wickets in an over - Shami was given by captain Rohit Sharma to bowl the 20th over of the second innings. He got Pat Cummins caught by Virat Kohli for 7 runs on the third ball of this over. At the same time, on the fourth ball of this over, Ester Agar was run out without opening the account. On the fifth ball of this over of Shami, Jose English was clean bowled by scoring a run, while he bowled Kane Richardson for a duck on the last ball of the over. In these four wickets, he dismissed three players while one player was run out.