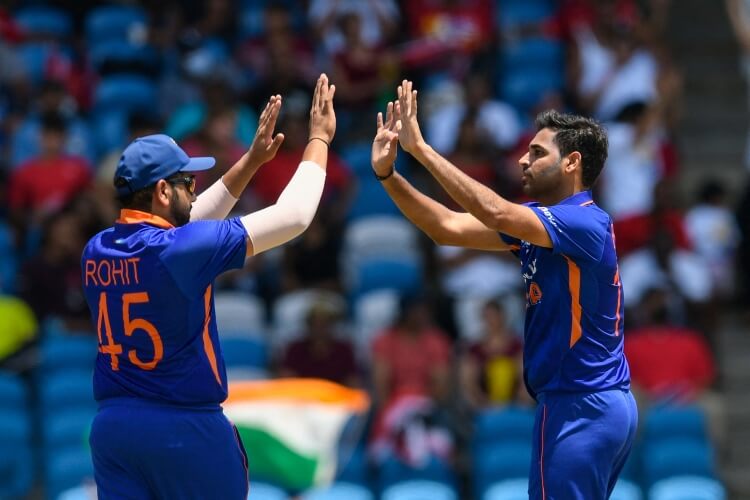 In the third T20 match to be played at Warner Park in Basseterre, St Kitts, both the teams will look to take a significant lead in the series with their full emphasis. Team India led by Rohit Sharma had to face defeat in the last over in the second T20 match played on Monday. West Indies needed 10 runs to win and Avesh Khan hit a six and four after a no-ball, due to which Team India lost. Lets know the news related to the match

For the West Indies team, Obed McCoy, performing brilliant bowling, took 6 wickets, for which he was also given the Player of the Match award, he dedicated this honor to his mother.

In the second match, the batting of the Indian team was not good and captain Rohit Sharma himself also accepted this. Although he praised the bowlers and said that on their own, we dragged the match till the last over, which is a good thing, so obviously in the third match, the Indian team will need to focus on their batting. Although the possibility of any change in the Indian team in the third match seems unlikely, but it will be a matter of note whether Rohit Sharma once again opens with Suryakumar Yadav or someone else takes his place.

In this match, the Indian team can make some changes in its playing 11, in this match opener Ishan Kishan can be seen playing in place of Suryakumar Yadav, while spin bowler Kuldeep Yadav can also get a place in this match. Both the teams will go into the field with the intention of winning this match and taking the lead in the series.

IND vs WI Head to Head

How the pitch will be in the India-West Indies third T20 match to be played at Warner Park in Basseterre can decide the direction of the match to a great extent. So far 11 T20 International matches have been played at this ground in which the host team has won 7 and the other team has won 2 matches. In the last match, West Indies bowler Obed McCoy took 6/17 against India at the same ground here, which became the new bowling record of this ground. India was reduced to 138 runs in this match and West Indies also won in 19.2 overs, which clearly shows that the bowlers can once again dominate this pitch.

On Tuesday, when the teams of India and West Indies land here to play the third T20 match of the series, there is no chance of rain here. Fans can get to watch the entire match. Anyway, it has been decided to start the match 90 minutes earlier. On Tuesday, the maximum temperature at this venue is expected to be 29 degree centigrade while the minimum temperature is expected to be 25 degree centigrade.