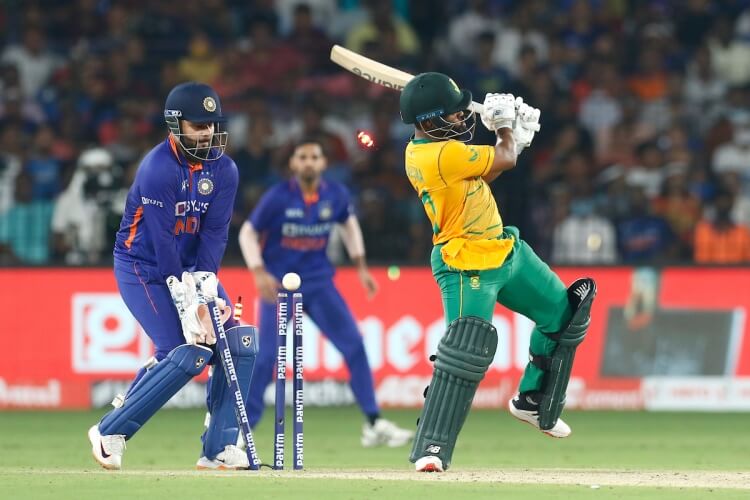 The third match of the five-match T20 series will be played between India and South Africa today. This match will be played at Dr. YS Rajasekhara Reddy Cricket Stadium in Visakhapatnam. The toss will be held at 6.30 pm and the first ball will be bowled at 7 pm.

After losing the first two matches of the series, the Indian team, now in a do or die situation, when they take the field in the third T20, the in-form spinners, opener Rituraj Gaikwad and the battling captain Rishabh to score runs. There will be a lot of pressure on Pant. The spinners have disappointed in the last two matches for the Indian team.

Pant, who took over the captaincy due to the injury of KL Rahul, has so far scored 29 and five runs in two matches. He has scored only three half-centuries in 45 T20 Internationals at an average of 23.9 and a strike rate of 126.6. He has not performed up to his talent in this format so far.

Questions are also being raised on Pants decisions as captain. In the second match, the decision to send Axar Patel before Dinesh Karthik proved to be wrong. He is expected to perform well as a captain and as a player. In the bowling, the spin duo of Yuzvendra Chahal and Axar have disappointed so far.

Talking about the T20 head-to-head records played between India and South Africa (IND vs SA), both the teams have faced each other in 17 matches so far. In 9 of these matches, the Indian team has won. So the result of 8 matches has been in favor of the African team.

Looking at the head-to-head match, even though Team India seems to have the upper hand, but if we look at the last two matches and analyze it, then it can be said that South Africas team can once again dominate India in this match. Is. At the same time, if Team India has to make a comeback in the series, then it will have to push hard.

Heinrich Klaasen- He is the wicket-keeper batsman of the South Africa team, in the last match, he played brilliant innings of 81 runs in difficult conditions and led the team to victory, in this match, he can perform well with the bat and wicket-keeping.

Bhuvneshwar Kumar- This is the experienced fast bowler of the Indian team, in the last match, he bowled brilliantly and took 4 valuable wickets for 13 runs in 4 overs, in this match also it can prove to be a trump card in the dream team.

David Miller- He is the most experienced batsman of the South Africa team, he is looking in very good form, he has scored 84 runs in 2 matches in this series so far, in this match also can contribute well with the bat.

Ishan Kishan- He is the opener of the Indian team, so far in this series, he has scored 110 runs in 2 matches while batting brilliantly.

The live telecast of the second match between India-South Africa (IND vs SA) will be on Star Sports Network. The match will be available to watch on Star Sports 1, Star Sports 3 and Star Gold 2 channels.

Fans can also watch the online live streaming of this match on the Disney + Hotstar app. Viewers need to have a premium subscription to watch matches live on the app. The match will start at 7 pm Indian time. At the same time, the toss process will end at 6.30 pm.