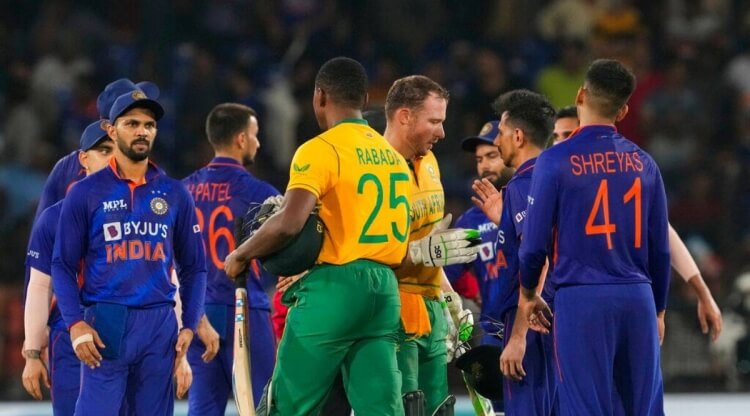 IND vs SA The third match of the five-match T20 series IND vs SA was held on Tuesday, June 14, 2022, by Dr. Y.S. Rajasekhara Reddy ACA-VDCA Cricket Stadium, Visakhapatnam. In the second T20I, the visiting team defeated India by 4 wickets to take an unassailable 2-0 lead in the series.

Now if the series is to be named after itself, then India will have to make every effort to win the third match. In such a situation, there can be many changes in Team India, while the South Africa team would like to dominate the host team once. Lets take a look at all the information related to this before the third match between India-South Africa (IND vs SA)

IND vs SA: There will be a tough competition between the two teams

The third match of the series is going to be played between India and South Africa. This match is going to do or die for Team India because after the defeat in the last two matches, the team would like to return to the series and if India loses this match, then it can lose the series from its hands.

At the same time, like every match, South Africa will make every effort to defeat India in this match as well. If South Africa wins this match, then it will rule this series. In such a situation, there will be a tough competition between the two teams.

The Indian openers have so far failed to give a good start in the powerplay. Ishan Kishan has done well so far but Rituraj has been able to score only 23 and 1 run. Questions are also being raised about his technique in front of the fast bowlers. Shreyas Iyer has started well but he has not been able to score runs fast, which is putting pressure on the batsmen ahead. Hardik Pandya had made some visible shots in the first match but he could not even walk on the wicket of Cuttack. He has also failed in bowling. KL Rahul was suspended as captain due to injury, Pant, who took over the responsibility, has so far scored 29 and five runs. He has scored only three fifties in 45 T20 Internationals at an average of 23.9 and a strike rate of 126.6 which is not according to his talent.

Will there be a change in bowling?

Indian bowlers have failed to take wickets except for Bhuvneshwar Kumar. Indian bowlers are spoiling the hard work done earlier by wasting runs in one or two overs. Now that the series is at stake, they will have to perform well in any case. Indian team management in such a situation now Fast bowler Umran Malik or Arshdeep Singh can be given a chance to debut in place of Avesh Khan, who has not taken a single wicket till now.

The third T20 match between India-South Africa (IND vs SA) will be played in Visakhapatnam. And Visakhapatnam is a coastal city and hence the humidity will be high. It will be difficult for the players of both teams to adjust to the situation.

According to Weather.com, the temperature is expected to be around 31 degrees Celsius with 80% humidity and 13 km/h wind speed on match day in Visakhapatnam on Tuesday. There is no chance of rain during the game. However, Tuesday will be cloudy.

Batsmen need to play very carefully. The pitch is good for spin bowlers. Tuesday will be cloudy, although there is little chance of rain. The weather will be good, if the wind blows then the bowlers will benefit. In such a situation, the decision to bat first can prove to be good for the team winning the toss.