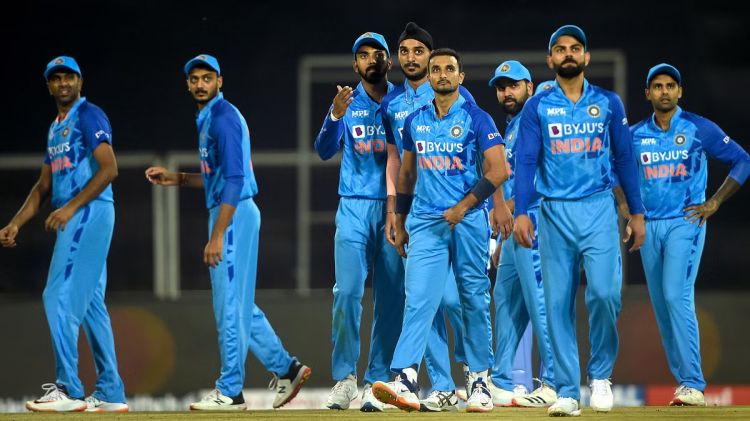 The Indian cricket team has already won the three-match T20I series against South Africa. Team India has taken an unassailable 2-0 lead in the series and would like to clean sweep, South Africa, by winning the third match.

The real test of the Indian bowlers will be against South Africa in the final T20 match before the World Cup starts in Australia on 16 October. The teams leading batsmen Virat Kohli and KL Rahul can be rested from the third match.

India vs South Africa (IND vs SA) will be played at Holkar Cricket Stadium in Indore. The South Africa team is currently on a tour of India, where the team has to play a three-match T20 series and a three-match ODI series. After registering victory in the second match, the Indian team took an unassailable 2-0 lead in this series. India lost the first match by 2 wickets, while in the second match India won by 16 runs. Let us know through this article every important information related to this match

All the batsmen did well for the team. Except for Dinesh Karthik, all the batsmen of the team scored more than 40 runs. Batting in the last innings of the innings, Dinesh played an unbeaten inning of 17 runs. However, the team flopped very badly in bowling. The bowlers of the team spent a lot of runs.

But Arshdeep Singh, Axar Patel, and Harshal Patel proved to be very expensive for the team. Arsh conceded 62 runs in the match, while Akshar and Harshal scored 53 and 45 respectively. In such a situation, the team needs to improve its bowling for the third match. Let us inform you that KL Rahul and Virat Kohli, who batted brilliantly in the previous match, have been rested for the next match.

In the last match, the African team was amazing in batting, but the bowlers of the team showed a very disappointing performance. Quinton de Kock and David Miller did very well for the team. De Kock played an unbeaten knock of 69 while Miller remained unbeaten on 106.

At the same time, all the players of the team looted runs in the bowling. Due to this the Indian team was able to score a mountainous score of 237 runs. Keshav Maharaj was the only bowler who took 2 wickets. Now if the team has to win one match of the series, then it will have to show strength in its bowling in the next match.

Also Read: How to watch IND vs SA match Free

The weather of Indore is spectacular at this time. It had rained lightly, but now it is hot. The weather of Indore is getting a little cold in the evening, due to which the players will not have to bear the humidity much. The maximum temperature of Indore is expected to remain up to 32 degree Celsius, which is likely to drop to 21 degree Celsius. It clearly means that the players are going to enjoy playing matches here. Wind speed is expected here at 8 kmph. It is believed that if it gets hot, the humidity will remain up to 77 percent. The good thing for the fans is that there is no chance of rain here on the day of the match, so they can get to see the action of the entire match. 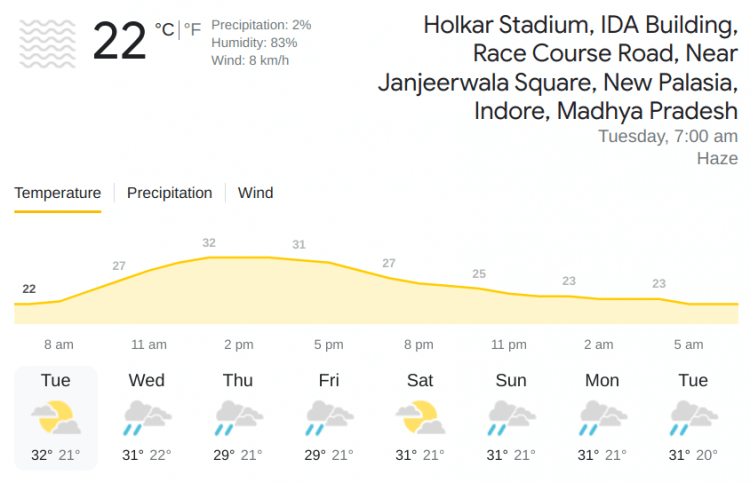