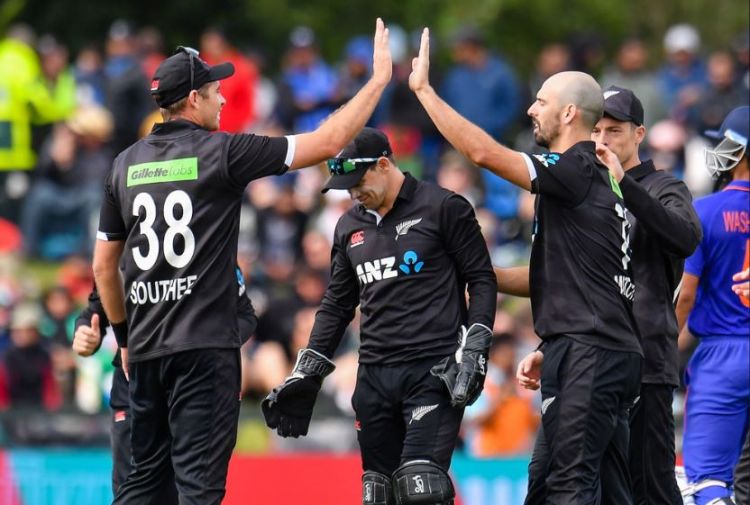 The third and last match of the ODI series between India and New Zealand has also been called off due to rain. With this, New Zealand won the three-match series 1-0. Batting first in this match, India set a target of 220 runs in front of New Zealand. In response, New Zealand scored 104 runs in 18 overs losing one wicket, but after that rain came and +further matches could not be played. The umpires decided to call off the match after the ground got wet.

Match abandoned due to rain

The last match of the ODI series between India and New Zealand also got rained on. The umpires have decided to call off the match after incessant rain. With the match abandoned, New Zealand won the series 1-0. New Zealand won the first match of this series by seven wickets. After this, in the second over, the Indian team was able to score 89 runs for one wicket in 12.5 overs. Then the rain came and the further match could not be played. At the same time, in the third match, batting first, India set a target of 220 runs. In response, New Zealand scored 104 runs in 18 overs losing one wicket, but the Kiwi team could not play 20 overs. Then the rain came. Due to rain, no ball could be bowled in the match and the Duckworth-Lewis rule could not be applied due to lack of 20 overs. Due to this the match was also canceled.

On come the covers in Christchurch as a shower rolls in at Hagley Oval. #NZvIND pic.twitter.com/ihCRjJRsXM