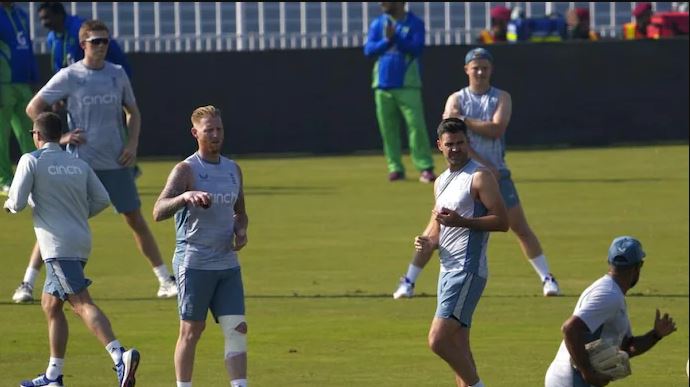 14 England players including Ben Stokes sick with unknown virus in Pakistan, PAK vs ENG first test match will happen or not

A three-match Test series is to be organized between Pakistan and England teams, which will start on December 1. The England team is currently on a tour of Pakistan, the first Test match between the two countries will be played in Rawalpindi, but before this match, a big problem has come for the England team.

14 England players including Ben Stokes sick with unknown virus in Pakistan, 14 out of 16 players of the England team that came to play the Test series have been hit by some virus and have become ill. Captain Ben Stokes is also included in these players. According to the report of TMS, such a condition has arisen due to some virus. If 14 players of the team are not good, in such a situation, suspense has arisen on whether the first test match will be held or not. Although the first match will be played from Thursday, in such a situation, everyones eyes will be on whether the first Test match can start on time or not.

The second Test match between the two countries will be played in Multan from 9 December while the third Test match will be held in Karachi from 17 December. Prior to this Test series, a 7-match T20 series was played between England and Pakistan just before the T20 World Cup 2022 between the two countries, in which the visiting team won 4–3. After this, the England team went to Australia to play the T20 World Cup and then became the champion. At the same time, after this tournament, the England team played a three-match ODI series with Australia, in which it was defeated 0–3 and now the England team is in Pakistan to play the Test series.

The England team will play the first Test match in Pakistan in 17 years. Only five players of the team Harry Brook, Zak Crawley, Keaton Jennings, Ollie Pope and Joe Root arrived for training at the Pindi Cricket Stadium on Wednesday, the rest of the team remained in the hotel.

Team spokesman Danny Reuben did not give detailed information about the illness of the players and did not even tell about how many England players are unwell. But in a statement, he said that players who are unwell have been "advised to stay in the hotel to rest". Which will now be done on Thursday before the toss of the opening test. England toured Pakistan in 2005. 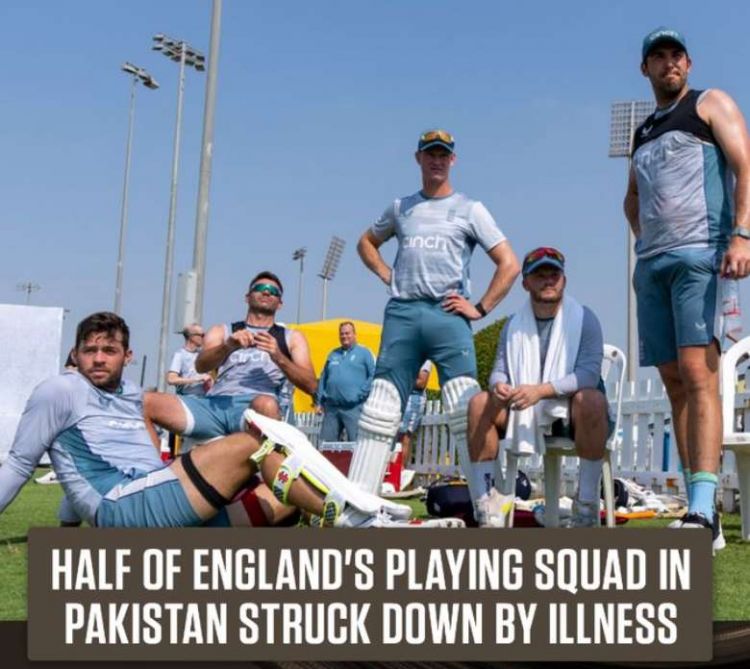