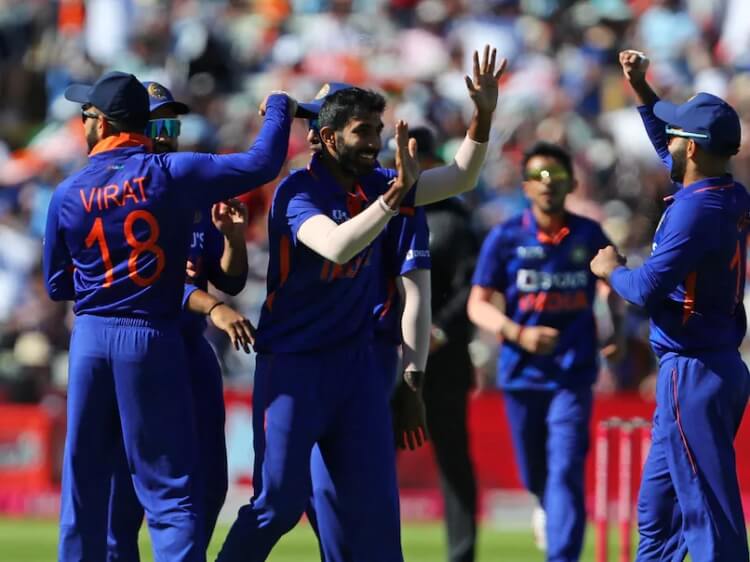 Its all over. Harshal seals Indias fourth consecutive T20I series win over England. They win by 49 runs.

Chasing, England kept wickets at regular intervals to be bowled out for 121 in 17 overs. Moeen Ali made 35 off 21 balls for England and was the highest scorer, while David Willey scored an unbeaten 33. Bhuvneshwar Kumar (3/15) picked up three wickets for India, while Jasprit Bumrah (2/10) and Yuzvendra Chahal (2/10) scalped two wickets apiece. India had earlier defeated England by 50 runs in the first T20I at Southampton.

Indian skipper, Rohit Sharma says that "they know how good England is as a team and they were up for the challenge. They were clinical and had a clear idea of what to do. Mentions that whenever you win games, it gives you confidence and they want to just focus on what lies ahead and they want to challenge themselves more and more as a group. Adds that it was a brilliant knock under pressure from Ravindra Jadeja, who used all his experience and seems to be confident in what he wanted to do and it was good to finish off on a score that he thought was par. Says that they understand the importance of the Powerplay and want to put pressure on the opposition and they did have a superb Powerplay in both matches which set up the victory. It ends by saying that they want to give others an opportunity but will have to have a chat about it and the only issue here is not getting carried away and keep on performing."

Jos Buttler, the captain of England says that "it is very disappointing and says that they did not play well and they did not deserve to win. Tells that at the halfway mark they were quite happy with Richard Gleeson bowling well on debut but they lost wickets early and in the hindsight says that they would have batted first but overall they did not play well. Applauds Richard Gleeson for his performance in the debut game and also talks about Chris Jordan and says that he has bowled quite well and he is happy for Jordan. Ends by saying that they need to be better in the next game though they don’t have much time to reflect on the loss."