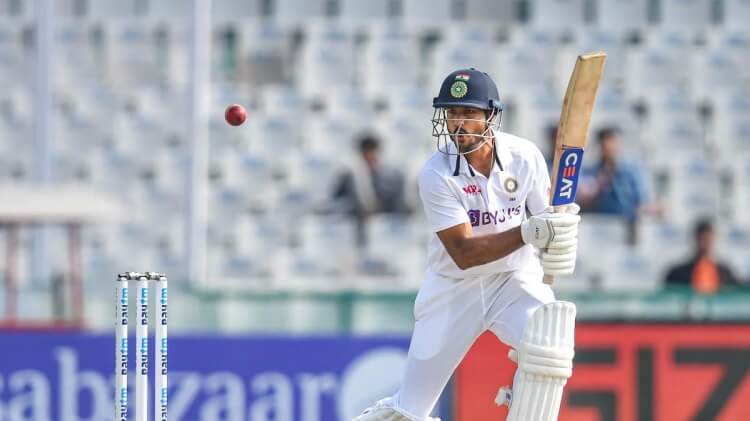 IND vs ENG 2022 Opener Mayank Agarwal Called up For England Test, Can open in absence of Rohit

IND vs ENG - Mayank Agarwal has been called from England before the Test between India and England to be played from July 1.

A big problem has arisen in front of Team India before the 5th Test due to Rohit Sharma being Kovid positive. Earlier it was being speculated that he would be fine before the first Test but looking at the development of the team, it seems unlikely. Actually, Mayank Agarwal has been called from England in the absence of Rohit. According to the information, Mayank Agarwal will leave for England on Monday and will be available for the Birmingham Test.

Also Read: IND vs ENG: Not Rohit this player will be the captain of Team India in T20

#CaptainPunjab is ? into the Test side! ?

The doors of the team are open for 31-year-old Agarwal due to KL Rahuls injury and Rohit Sharma becoming Kovid positive. He played his last test match against Sri Lanka. However, his performance was not that good. He scored only 59 runs in 2 matches at an average of 19.66. afterward, He captained Punjab in the IPL and played for Karnataka in the quarter-finals of the Ranji Trophy, though his team suffered a defeat.

Talking about IPL 2022, Mayank Agarwals bat did not work there too. He scored 196 runs while captaining Punjab Kings at an average of 16.33 and strike rate of 122.5. The team of Punjab Kings finished the IPL season at number six under his captaincy.