Since 2018, BCCI has been organising the Womens T20 Challenge. What started as a one-off exhibition match between two teams in the first season is now a three-team competition. Many players from outside India have also joined the competition. But despite this, the clamour to have a much bigger competition just like mens IPL is growing among players and fans for a while. Earlier in February this year, Ganguly had stated that the womens IPL would be held next year. "We are at the level of formulation to have a full-fledged WIPL. It is certainly going to happen. I strongly believe that next year i.e. 2023 will be a very good time to start a full-fledged womens IPL which will be as big and grand a success as mens IPL.

Apart from this, the first season of Womens CPL is planned to be held along with Mens IPL in 2023, in which there will be three teams, one of which is Trinibago Knight Riders, whose honor is Kolkata Knight Riders Group. Overall, the action of womens cricket is going to increase in 2023 and fans are going to enjoy more cricket.

The inaugural edition of the womens Caribbean Premier League (CPL), which is scheduled to happen alongside the mens tournament later this year will feature three teams, including Trinbago Knight Riders owned by Knight Riders Group. 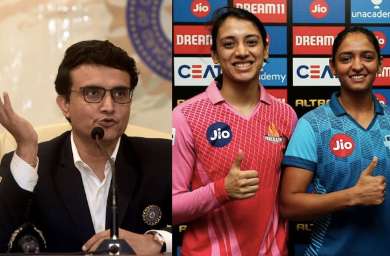 BCCI is expected to hold a discussion on matters related to womens IPL at its annual general meeting in September this year. Much of the planning around the tournament will be around sale of its media rights. Due to Indias improving and great performances at major ICC events over the recent years, the enthusiasm for womens cricket in India is at a never-seen-before high. The latest of these performances was the Women in Blue clinching a silver medal in the recently-concluded Commonwealth Games 2022 in Birmingham.

Senior Indian players like Smriti Mandhana, Harmanpreet Kaur and former Indian skipper Mithali Raj have been supportive of the idea of womens IPL. Raj in fact expressed a desire to come out of retirement to participate in the tournament.