How Indias playing XI can be against Pakistan in Asia Cup 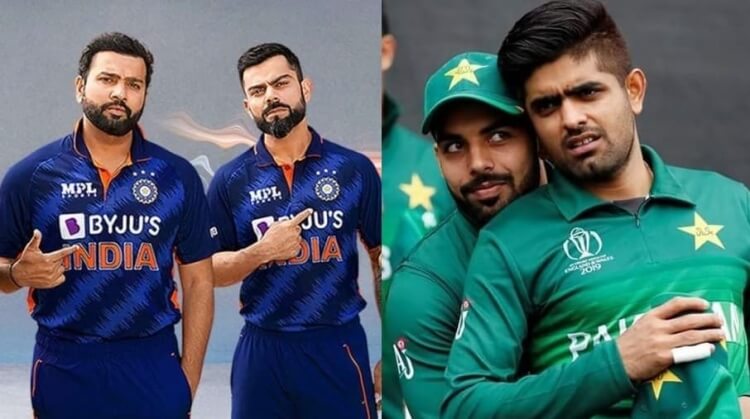 In the Asia Cup, spectators can get to see the match between India and Pakistan not once or twice but three times. The thrill of this match between the two countries is completely different. Even before this series, we get to know you that with the last possible playing XI, the Indian team can go into the Asia Cup match against Pakistan.

The last time India met Pakistan was also at the T20 World Cup 2021 in UAE at the same venue and in that game, the Babar Azam-led side had properly punished India, winning the match by 10 wickets. India are defending champions in Asia Cup. They won the tournament, four years ago in UAE only. But that was a fifty-over format. The Asia Cup is back to being a 20-over format this year. It was played in T20 format in 2016 as well and that edition was also won by MS Dhoni-led India. India and Pakistan can clash again on September 4 if they finish in No. 1 and 2 position in Group A, in a Super 4 clash. Then again if the two sides make the final, they will clash again on September 11.

Former skipper Virat Kohli and a fit-again KL Rahul on Monday (August 8) returned to a 15-member Indian squad for the Asia Cup while senior pacer Jasprit Bumrah missed out owing to a back injury.

Captain Rohit Sharma and KL Rahul can be the best pair for India. Rahul had been out of the team since the Indian Premier League due to injury. He was selected in the T20 series against West Indies but was out of the team due to corona infection.

Virat Kohlis return to form has been awaited for a long time. He has returned to the team after the break and can be seen playing at number three. Suryakumar Yadav and Rishabh Pant, who are in excellent form, will be with the former captain in the middle order.

How many All Rounders

Ravindra Jadeja and Hardik Pandya can be part of the playing XI as all-rounders in the team. Both the players have been performing well for the team. Hardiks comeback has been great.

What will the bowling attack

Bhuvneshwar Kumar, Arshdeep Singh can take charge of the fast bowling. Both of them will get Hardiks support. In the spinner, along with Yuzvendra Chahal, either Jadeja, Ashwin or Ravi Bishnoi will be together.