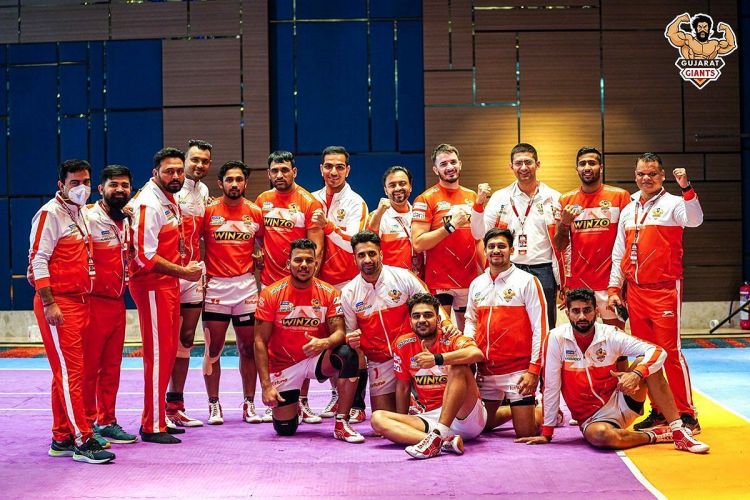 The Adani Wilmar-owned team, on the other hand, has one of the highest success rates in the history of the elite Kabaddi tournament. Sunil Kumar Maliks team, coached by Manpreet Singh, finished runners-up in each of the first two seasons after finishing first in their group. They faltered in the final stages on both occasions, losing to Patna Pirates and Bengaluru Bulls, the latter winning their first title.

Gujarat had an underwhelming season in the seventh season, finishing ninth in a 12-team table after winning their first three games in a row before losing the next six and finishing with seven wins out of 22 games.

The teams disappointment in 2019 proved to be a one-time occurrence, as they returned to the playoffs when the tournament resumed in 2021-22. The team advanced to Eliminator 2 before bowing out after a 29-49 loss to the Bengaluru Bulls.

Ram Meher knows a thing or two about winning, having led Patna Pirates to three consecutive championships. Gujarats defence was its strong suit under former coach Manpreet Singh, but Ram Meher has bolstered the raiding unit with the additions of South Korean Dong Geon Lee and veteran Chandran Ranjit.

The defence has a lot of muscle as well, with names like Rinku Narwal, Sandeep Kandola, and Baldev Singh.

The following is Gujarat Giants complete squad for the ninth season of the Pro Kabaddi League:

Here is the complete list of players retained by Gujarat Giants