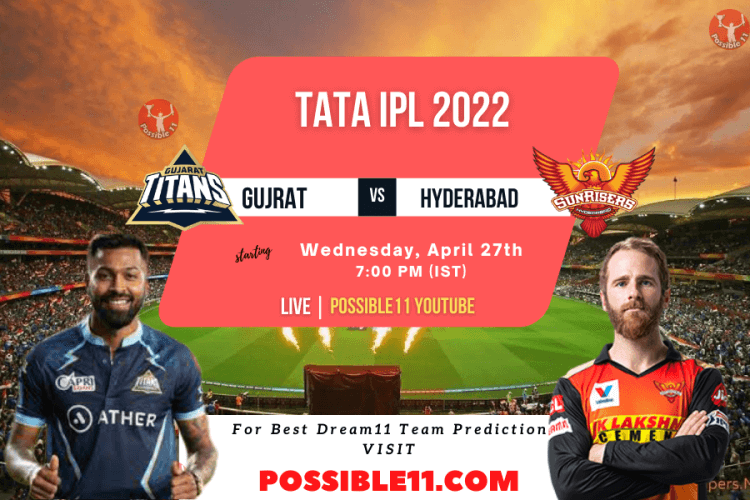 In the 40th match of the Indian Premier League (IPL) 2022, there is going to be a high voltage clash between Gujarat Titans and Sunrisers Hyderabad (GT vs SRH). This match is going to be even more exciting. With the race for the playoffs, all the matches of the league stage are becoming even more exciting. GT remains on top of the points table after winning six out of their seven matches. At the same time, SRH, having won five out of their seven matches, are currently on the second position in the points table.

In the last match, both the teams are coming with tough competition from their respective opponents. In such a situation, the spirit of both is high and with the same confidence, GT vs SRH will go against each other at the Wankhede Stadium in Mumbai on Wednesday. But, before this match, lets take a look at every single piece of information related to it…

Hyderabad (SRH) has the upper hand

In this case, however, Hyderabads edge looks a bit heavy, which in their last match, the Royal Challengers Bangalore team was all out for just 68 runs. The four fast bowlers of the team are in a great rhythm and all are known to bowl differently from each other. 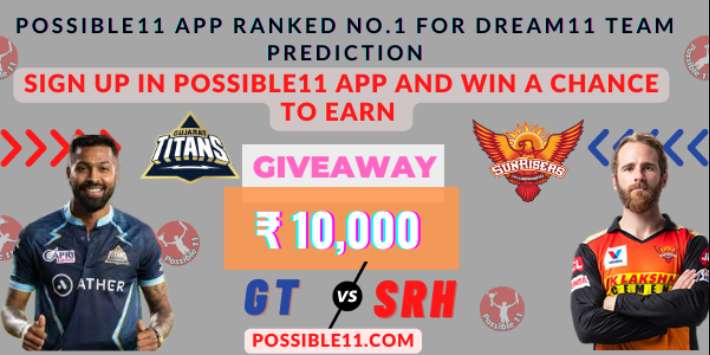 Gujarat Titans (GT)need to bat better in the powerplay

For the Gujarat team, batting in the power play is a matter of concern. Shubman Gill has played two big innings but he has been able to score only 207 runs in seven matches. Wriddhiman Saha, who joined the team in place of Mathewweed, is also performing poorly with the bat. As a wicket-keeper batsman, Afghanistans team has Rahmanullah is Gurgubajs substitute but West Indies pacer Joseph may have to be out of the playing XI to give him a chance.

Hardik (295 runs in six matches) with the responsibility of captaincy is also carrying the burden of batting of the team. They have got the good support of David Miller (220 runs in seven matches) but Abhinav Manohar and Rahul Teotia will have to be consistent in their batting in the role of finishers. due to fitness problemHowever, Pandya, who has been away from the game for a long time, will have to be extra careful in this matter. He was in Chennai Super Kings due to muscle strain.Could not play against and then against Kolkata Knight Riders were also seen in some trouble.

Talking about the Wankhede Stadium before the match between Gujarat Titans and Sunrisers Hyderabad (GT vs SRH), the pitch here has always been helpful for the batsmen. Here the average score in IPL has been 180 runs. However, it is easier to chase runs in the second innings here. Due to having short boundaries, the result remains in favor of the batsmen more than the bowlers. Because the batter gets the full advantage of the fast outfield. It is also easy to hit big shots on this ground.

One of the major reasons for this is that the heat is getting more and with the onset of evening, the dew starts falling rapidly. In such a situation, the ball comes easily on the bat, which the batsman does not hold back from taking advantage of. Big scores have also been seen in the matches held here. If the start is good, then it will be easy to touch the target of 200 runs here. Thats why winning the toss also becomes more important on this ground.