GT vs LKN Match Prediction, playing11, Which players will get the place

In the fourth match of the 15th season of the Indian Premier League, two new teams are going to face this evening. This competition between Lucknow Super Giants and Gujarat Titans will be fun. Lucknow captain KL Rahul and Gujarat captain Hardik Pandya are best friends. It will be fun to see which team will win in todays match between these two. 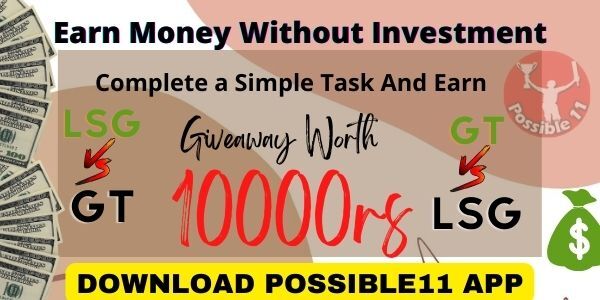 England pacer Mark Wood has been ruled out of the tournament due to injury, with Australian Andrew Tye in his place. The third and final Test match between England and West Indies ended on Sunday. Players from both the teams playing in this series will not be available for the match. Jason Holder and Kyle Meyers will not be a part of the team in the first week of IPL. At the same time, Marcus Stoinis of Australia, who toured Pakistan, will also miss the opening match.

Afghanistan wicketkeeper Rahmanullah Gurbaz has replaced Jason Rai after his exit from the tournament. West Indies fast bowler Alzarri, who played in the Test series against England, will also not be able to play in the opening matches.