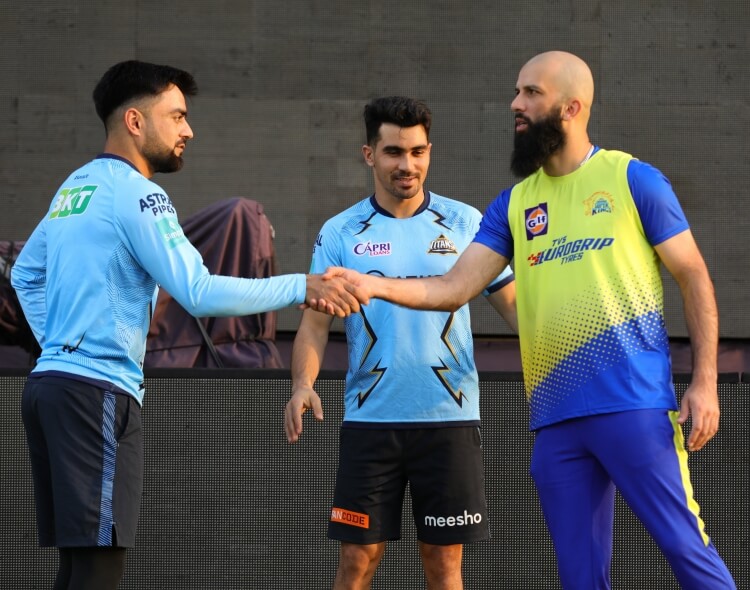 First of all, if we talk about GT, then Gujarat has performed well under the captaincy of Hardik Pandya. Under Pandyas captaincy, GT has won 4 out of 5 matches. This team is in the first position in the points table. Along with this, Hardik is also the highest run-scorer for his team. He has scored 228 runs in 5 matches. At the same time, Shubman Gill is at number two. At the same time, when it comes to bowling, Lockie Ferguson is the top wicket-taker for the team with 8 wickets. Behind him is Mohammed Shami who has taken 7 wickets. However, the form of Vijay Shankar and Matthew Wade here is a matter of concern for GT which needs to be looked into by the team.

At the same time, talking about CSK, this team has got the first victory after four consecutive defeats. Despite suffering consecutive defeats, CSK did not make any changes in their team. It is expected that there will not be much changed in the team in the next match as well. However, the absence of Ruturaj Gaikwad in the form here will be a matter of concern for captain Jadeja. Well, now it has to be seen who wins this match.

This match between GT vs CSK is going to be very exciting. Because it will be a do-or-die fight for Chennai. The reason for this is also that now victory has become necessary for all the teams to reach the playoffs and Chennai has already lost 4 matches. So if he wants to reach the playoffs, then from here he will have to step up. His strategic skills will also be tested in the IPL match on Sunday between two new captains Ravindra Jadeja and Hardik Pandya.

Both these captains are famous in the whole cricket world for their all-around performance and both have presented excellent performances for Indian cricket. But, on the evening of April 17, when these two teams, coming after winning their last match, will face each other to maintain this momentum, then there will be a battle of technical superiority between the two captains.

However, for the first time, Hardik Pandya, who came to fulfill a big responsibility like captaincy, has so far used this position very well and has led the team to victory in 4 out of 5 matches. Be it with bat, bowling or fielding. He has done almost brilliantly in the field. On the other hand, Ravindra Jadeja has had to face a lot of difficult times from the beginning. However, both the teams will have to give their best to win this match between CSK vs GT.

Rajyavardhan Hangrekar may get a chance

Chennais team has got to taste the victory in the last match after four losses. In such a situation, there is a high expectation that the team will make any change in its playing.

Matthew Wade may be out of the Gujarat team

On the other hand, talking about Gujarat Titans, they have shown a good game so far. Both the batting and bowlers of the team are visible in the rhythm. of teamCaptain Hardik Pandya is doing amazing in captaincy, batting, bowling, and fielding. Leading the team by coming forward, whose effect is visible on the whole team.Used to be. However, now he will have to take a decision on Mathewweed, who is struggling with poor form. Against Chennai, the team can give a chance to Gurbaz Singh. Apart from Wade, Vijay Shankar is also in danger.

Before the match between Chennai Super Kings and Gujarat Titans (CSK vs GT) at MCA Stadium in Pune, talk about the pitch here, it is very helpful for the bowlers and a good score is also seen on this ground. As seen in some matches played this season. The average of the first innings in T20 at this ground is 165 – 175. So far 5 matches have been played on this pitch. Out of these, the team winning the toss twice has won the match. At the same time, the result has been in favor of the franchise which lost the toss 3 times. That is, the winning percentage has been high this season.