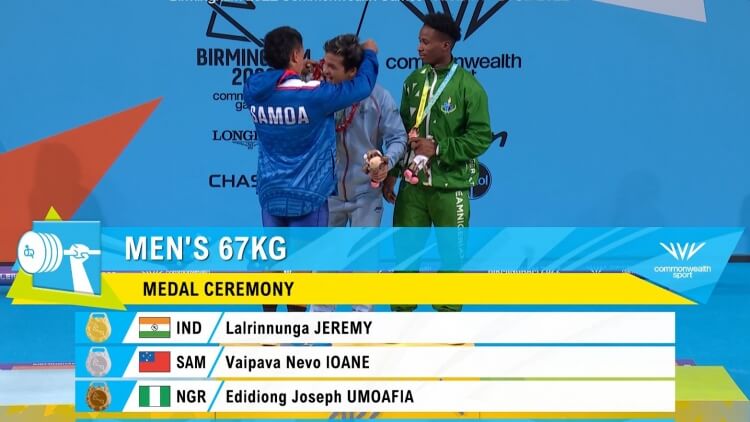 CWG 2022- Another Gold Medal for India, Jeremy Wins Gold In Mens 67kg Final, Jeremy Lalrinnunga did amazing in weightlifter, made a record 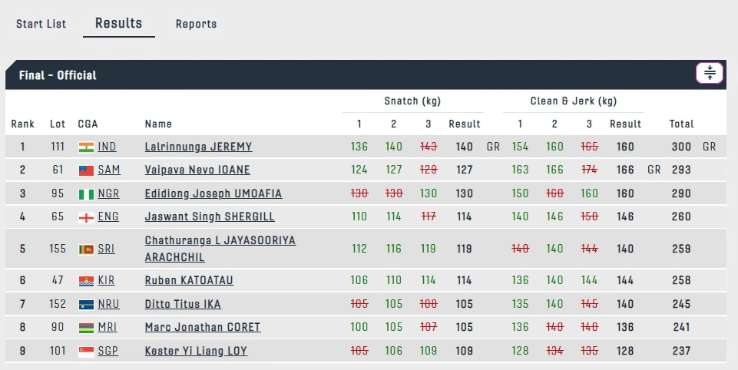 Jeremy Lalrinnunga suffered injuries on two occasions during the clean and jerk round but he did not lose heart and ended up winning the gold medal for the country. In this event, Samoas Wapwannevo won silver and Nigerias A. Joseph won the bronze medal. The special thing is that in the Commonwealth 2022, India has got five medals by weightlifters so far. Where Tokyo Olympic silver medalist Mirabai Chanu won gold in the 49 kg weight category.

Heartiest Congratulations to the weightlifter, Jeremy Lalrinnunga for winning India her second Gold in the #CWG2022.

Jeremy won the gold medal in the boys 62 kg weightlifting event at the 2018 Summer Youth Olympics. Jeremy lifted 150 kg in snatch round 124 and clean and jerk. That is, Jeremy had won this medal by lifting a total of 274 kg. With this, Jeremy became the first Indian to win a gold medal at the Youth Olympics. Then Jeremy also won the silver medal in the Asian Weightlifting Championship.

19-year-old Jeremy Lalrinnunga qualified for the Commonwealth Games 2022 by winning the gold medal in the mens 67 kg weight category of the Commonwealth Championships held last year. In this competition held in Tashkent, Jeremy Lalrinnunga achieved this golden success by lifting 305 kg. 2018 Youth Olympics gold medalist Jeremy Larinunga had a best effort of 141 in snatch and 164 kg in clean and jerk.