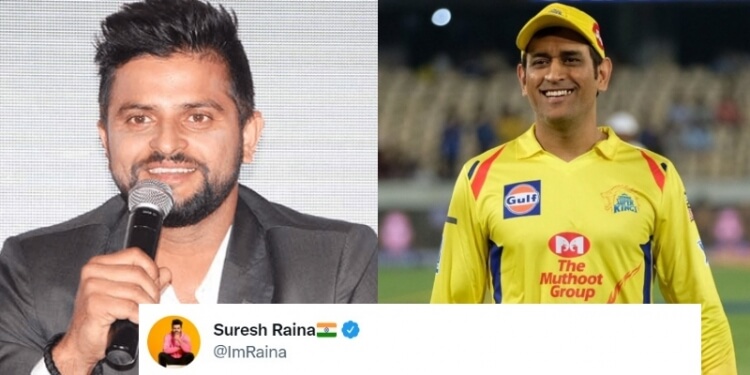 Defending champions Chennai Super Kings, for the first time in the history of IPL, lost their opening two matches in a row of an IPL season. After suffering a huge loss at the hands of Kolkata Knight Riders in their first game of IPL 2022, Chennai Super Kings were defeated by Lucknow Super Giants by six wickets.

After putting up 210 on the board, CSK failed to defend the total. Riding on the fifties of Quinton de Kock and Evin Lewis, Lucknow Super Giants were able to make a comeback into the high-scoring game.

Though there were a few positives to take from the Chennai-based franchise. While Robin Uthappa and Moeen Ali were excellent with the bat at the top order, on the other hand, MS Dhoni has regained his vintage finishing touches. However, one of the grave concerns for the four-time winning team now is their bowling line-up.

after the game, former Chennai Super Kings superstar Suresh Raina took to his social media and shared a cryptic post. In his Tweet, Suresh Raina shared a picture of himself from the studio, where he was doing the commentary for the game.

Raina also shared his thoughts on the Lucknow Super Giants vs Chennai Super Kings match, wherein he praised the performances of both teams. He wrote:

“A brilliant game for both the teams. Another day in cricket taught us that no matter how intense the game is, keep working hard with a smile. @bishnoi0056 was fire on the field. @evin_lewis17 fought like a warrior till the end. Congratulations LSG on an incredible win!! #IPL2022″

A brilliant game for both the teams. Another day in cricket which taught us no matter how intense the game is, keep working hard with a smile. @bishnoi0056 was fire on the field. @evin_lewis17 fought like a warrior till the end. Congratulations LSG on an incredible win!! #IPL2022

In another TweetSharing the picture, he came up with a motivational message, which fans think is a subtle message for the CSK squad after their defeat. He wrote:

Train your mind to see the good in every situation ?

According to the latest news, the Mayank Agarwal-led squad will now face off against the Chennai Super Kings (CSK) on Sunday, April 3, at the Brabourne Stadium in Mumbai. For the first time in the franchise’s history, the Super Kings have lost their opening matches in the IPL. They must reassess their approach immediately because it appears that the leadership change is not going as smoothly as anticipated.