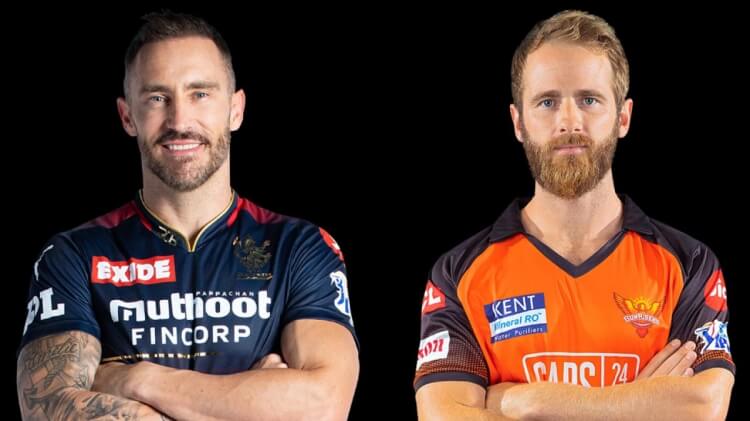 Royal Challengers Bangalore vs Sunrisers Hyderabad (BLR vs SRH) whichever team wins will have a chance to take a 2-point lead in the IPL 2022 points table. At present, Gujarat Titans is present at the number-1 position. But, Bangalore and Hyderabad are at the second and fifth positions with 10-8 points respectively. In such a situation, both the teams will have a chance to win the table topper and lead by 2 points. RCB is going to be seen giving all its strength to make a place on the notch.

Along with this, if we talk about Royal Challengers Bangalore (RCB vs SRH), then the bowling order of the team looks very good. The batting order of the team is also very strong. But, in the last match, players like Virat Kohli, and Anuj Rawat not playing the bat has become a matter of concern. Captain Faf du Plessis was definitely seen in excellent form and he also led the team to victory while playing the captaincy innings. On the other hand, Dinesh Karthik is constantly playing the role of the best finisher. Opponents are facing problems in front of Harshal Patel in the bowling order. But, all the players have to give their best to win.

Now talk about Sunrisers Hyderabad (BLR vs SRH), these days this team is seen in very strong form and is creating problems for the opponents. After losing the first two matches, the Orange Armys attitude has taken the rest by surprise. The teams bowling attack has been amazing. In the last match, the way the whole team had given their lives to win under the leadership of Kane Williamson, it was amazing. But, the captain will have to give a good start with the bat and Abhishek Sharma will have to return to form. The best performance will be expected from these players against RCB.

Starting with the Sunrisers, there is likely to be a huge change here and it will depend on whether Washington Sundar is up for the match. fit or not. Sundar suffered an injury during the match against Gujarat Titans, due to which he could not play the last two matches. now if he If fit, then a return to the playing XI is fixed to play against his former team. So who should be kicked out? Jagdish Suchit was included in the team in place of Sundar. The spinner-all-rounder bowled usefully in both the matches and took 1-1 wickets.

However, he did not get a chance to show his chance with the bat. On the other hand, Shashank Singh is a batting all-rounder, but he does not have a single chance in four matches. Has been found and due to already strong bowling, they have not even been used. Unfortunately, Shashank will have to make a place. 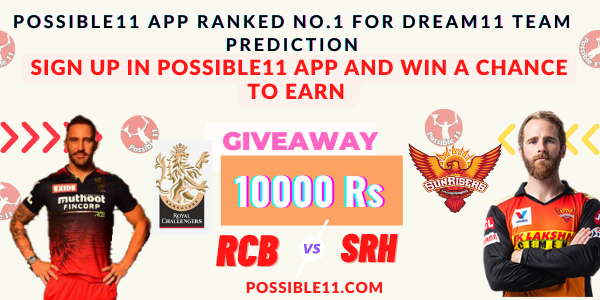 Anuj Rawat will get the last chance (BLR vs SRH)

On the other hand, is Bangalore. This team, captained by Faf du Plessis, has won 5 out of 7 matches and a new star has emerged in almost every victory. lastIn the match, captain Du Plessis indicated a return to form with an innings of 96 runs. The bowling is also looking better now than before. Only Virat Kohli and AnujRawat is not able to score runs freely. Kohli will remain, but what will happen to Anuj Rawat? If RCBs modus operandi of this season is to be understood, thenThe team will give at least one more chance to Anuj. If that doesnt work, then mahipal lomror can be tried again.

BLR vs SRH Head to Head

Sunrisers Hyderabad team has faced RCB 19 times so far. In these 19 matches, Royal Challengers Bangalore 8 and Sunrisers Hyderabad 11 Matches won. In the last season, there was a tough competition between both the teams. The match played in Chennai was won by RCB.

In the second phase, Sunrisers Hyderabad won in the match held at Sheikh Zayed Stadium. This time both the teams have landed with the new captain. The command of RCB is in the hands of Faf du Plessis, while Hyderabad chose Kane Williamson as the captain by dropping David Warner from the team.

Todays evening match of IPL-2022 will be played between Royal Challengers Bangalore and Sunrisers Hyderabad at Brabourne Stadium in Mumbai. The most interesting aspect here is that Royal Challengers Bangalore have not played any match at this ground in their seven matches played so far. This will be the first time that he will land on the pitch here. On the other hand, Sunrisers Hyderabad played only one match at the Brabourne Stadium and in that match they defeated Kolkata Knight Riders by 7 wickets. If we leave out the last match played between Punjab-Delhi here, then the batsmen have been silver on this pitch so far and the score has crossed 200 in five innings. Here once again rain of runs can be seen. However, in the last overs, bowlers can also turn the tide. So far this season 9 matches have been played here in which the team batting first has won 5 matches while the team batting first has won four matches.