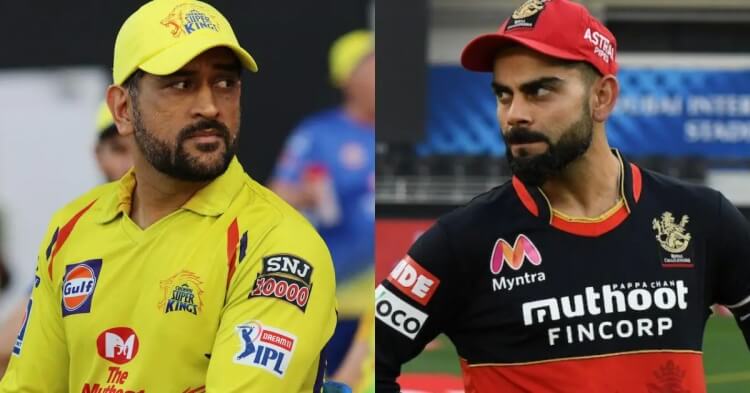 After four consecutive defeats, Chennai Super Kings registered their first win of this season of IPL by defeating Royal Challengers Bangalore. Then although the captaincy was in the hands of Ravindra Jadeja, now again Mahendra Singh Dhoni (MS Dhoni) has taken over the leadership of the team. When the defending champion team once again collides with Bangalore, then the batting between the two teams can be seen once again like in the previous match. However, RCBs batting has weakened in the last few matches and so far only six half-centuries have been scored for them in 10 matches.

Two of these have been made by captain Faf du Plessis. Chennai Super Kings (CSK) have played nine matches so far and none of their bowlers have an economy below 7.50 per over. It is a challenge for both teams to stay in the playoff race. Bangalore has won five out of 10 matches while Chennai has won three matches out of nine. So every match from here is going to be important for both the teams.

Virat, Ruturaj have caught the rhythm

This match will be more exciting after Virat Kohlis half-century in the last match. Virat has scored 186 and du Plessis has scored 278 runs in 10 matches. Both are not in their familiar form though. Kohli took nearly nine overs to score 58 runs, leaving his team to miss a big score. Dinesh Karthik (218 runs in 10 matches) and Glenn Maxwell (157 runs in seven matches) will have to put in more effort.

Now they face a weak bowling attack. Chennais Mukesh Chaudhary does not have much experience, while the experienced Jadeja is going through a very bad phase. However, when it comes to batting, Ruturaj Gaikwad, who scored 99 runs in the last match, has shown signs of regaining form. It will not be easy for the Bangalore bowlers to stop them. On the other hand, Dhoni has registered a win after taking over the reins, so it will also be interesting to see whether he can maintain the winning streak or not.

Then Shivam, Uthappa were broken

In the last encounter between the two teams this season, runs were piled up. Shivam Dube (95 * runs) and Robin Uthappa (88 runs) of Chennai Super Kings had broken on the RCB bowlers. With the explosive innings of these two, Super Kings made a huge score of 216 runs for four wickets. Bangalore also maintained themselves in the match thanks to small contributions from the batsmen. But, in the end, the team could only reach 193 run M

In the last five matches, the team batting first has won here four times. It has also happened that even the target of 144 and 153 runs has not been achieved by the teams. The score above two hundred has been scored here twice in the season. It would not be wrong to bat first after winning the toss. The day will be hot but the average temperature during the match will be around 26 degrees.