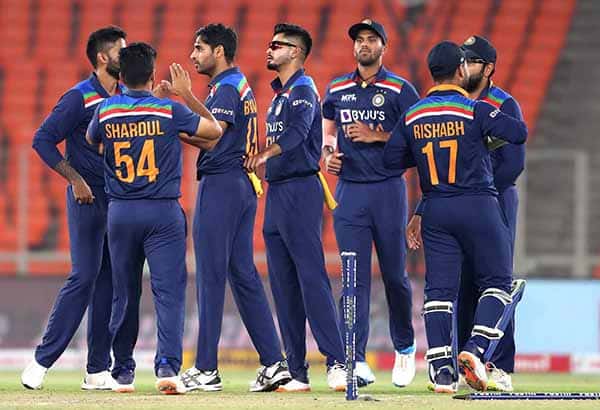 BCCI will announce the team for T20 World Cup 2021 on 7th September, these players can get a chance

Team India for the ICC T20 World Cup 2021 is going to be announced tomorrow i.e. on Tuesday, 7 September. Also, know about which players can get a place in the Indian team for this mega event to be held in UAE and Oman.

The fourth Test match against England will end today and after that tomorrow i.e. on Tuesday, 7 September, the Board of Control for Cricket in India ie BCCI will announce the team for the ICC T20 World Cup 2021. The selectors committee, Indian team head coach Ravi Shastri and captain Virat Kohli, besides vice-captain Rohit Sharma, are also going to meet through a virtual conference, after which the Indian team will be announced.

In late August, it was revealed that the selectors would meet after the conclusion of the fourth Test against England to select the team. The match will last for five days. In such a situation, the team will be announced on September 7 instead of 6. The selectors were also eyeing the fourth Test match, as they were looking to strengthen the claim of a few players. BCCI is about to announce a 15-member squad for the T20 World Cup to be held in UAE and Oman.

However, in view of the coronavirus epidemic, BCCI can add 3 or 5 players to the team as reserves, because the ICC has asked to choose only 15 players, whose care is taken by the apex body of cricket. Will happen. However, the ICC had also said that if the team wants to keep other players with them, then the same board will have to bear their full responsibility. At the same time, before the team selection to be held on 7th September, know who are those players, who can get a place in the team.