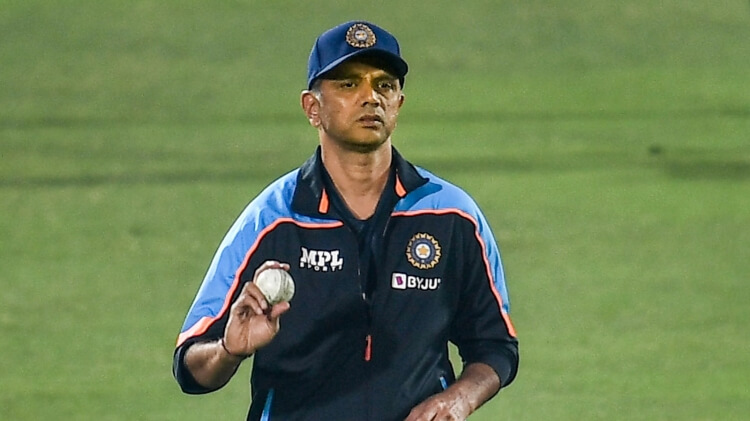 Before the Asia Cup, a bad news has come out about the Indian team. Actually Team Indias head coach Rahul Dravid has become Kovid positive. Now it is difficult for him to go with the team in the Asia Cup. It remains to be seen when Dravid will join the rest of the team which is set to leave for the UAE. Let us tell you that Dravid did not go on the Zimbabwe tour with Team India. He was rested from this tour.

He was rested from this tour. In his absence, VVL Laxman went on a tour of Zimbabwe in the role of coach. In his absence, Paras Mhambrey has been made in charge. It has not yet been decided whether VVS Laxman will be involved or not, a decision will be taken after a few days. BCCI wants to wait till next week so that Dravid can recover and join the team.

Team India will be playing their first match of the tournament on August 28 against arch-rivals Pakistan. It is important to note that Dravid had not travelled with the team to Zimbabwe for the three-match ODI series, that concluded on Monday.

The news of Dravid being Corona positive came to light when some players of Team India left for UAE on Tuesday morning for the Asia Cup and Dravid was not with the team. Some players of the team have left for UAE while some will join the team soon. While some players will leave for the UAE directly from Harare, where the team made a clean sweep against Zimbabwe on Monday. In a big tournament like Asia Cup, where the first match is against Pakistan, then it is necessary to have an experienced coach like Dravid with the team so that the pressure on the players can be reduced.

Dravid had taken charge of Indias senior side after the T20 World Cup last year. Rohit Sharma will lead the team for the Asia Cup, while former captain Virat Kohli is back in the squad after a break. Premier paceman Jasprit Bumrah has been ruled out of the tournament due to an injury.

VVS Laxman will likely to Continue

Indian team has done well under the tutelage of interim coach VVS Laxman, who guided a relatively young Indian team to an impressive clean sweep in the three-match ODI series against hosts Zimbabwe. The current National Cricket Academy (NCA) chief was also in charge of the national team on their tour of Ireland this year and will look to extend his winning run with the team in the Asia Cup opener against arch-rivals Pakistan on the 28th of August.