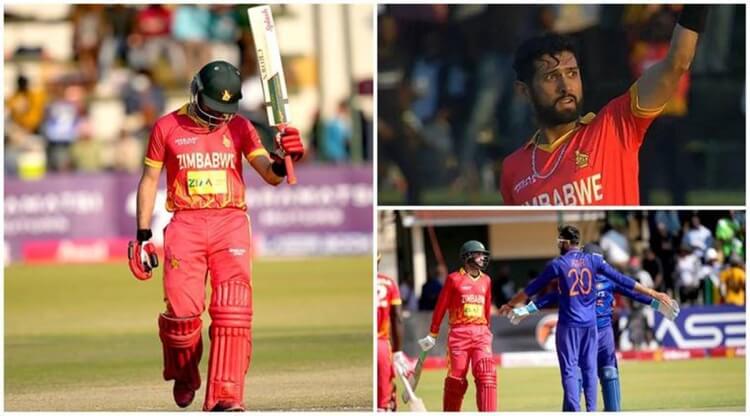 India vs Zimbabwe, 3rd ODI, Highlights: Sikandar Razas valiant knock of 115 failed to take Zimbabwe home as India edged past them by 13 runs in the third and final ODI at the Harare Sports Club on Monday to clean sweep the series 3-0. The match went down to the wire, courtesy Razas splendid knock but India held their nerves well to end up on the winning side. Earlier, Shubman Gill led from the front with his 130-run knock as India posted 289 for 8 in 50 overs. Shubman Gill showed great composure and he built his innings with great pace. Shubman Gills innings was the main reason that India managed to post a respected total on the board. During his innings, Shubman Gill hit 15 fours and one six. Ishan Kishan was the second-best scorer for India with 50 runs to his credit.

A perfect yorker from Avesh Khan as he cleans up Victor Nyauchi for a duck. And with that, Zimbabwe have been bowled out for 276 in 49.3 Overs with India winning by 13 runs to complete 3-0 clean sweep.

The nerve-racking match also witnessed some records being made or broken and we take a look at them in our stat attack: