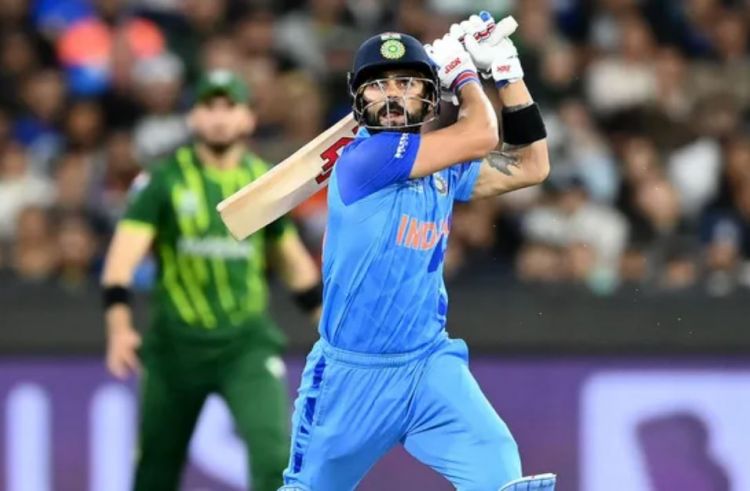 India vs Pakistan, T20 World Cup, Super 12, Group 2 Highlights: Virat Kohli produced one of the most memorable innings in T20 World Cup history, scoring an unbeaten 82 as India defeated Pakistan by four wickets in a last-ball thriller at the Melbourne Cricket Ground. Throughout the chase for 160, India was in trouble, but Kohli first served as an anchor, then took on the mantle of hitting the big ones, and in the end, it was his class that helped India defeat Pakistan. Arshdeep Singh and Hardik Pandya each took three wickets as India limited Pakistan to 159/8 in 20 overs.

In the 2021 T20 World Cup, India and Pakistan faced off three times, with the men in green coming out on top twice. The expectations for the India team are higher as they look to rebound and reclaim victory. In terms of overall results, India has won eight matches and Pakistan has won three out of 11 T20Is.

On the final ball, Ravichandran Ashwin scores the winning run for India. The chase master, Virat Kohli, wins the match for India. One of the best knocks of his legendary career. He has silenced all of his detractors who questioned his place on the T20I team. Meanwhile, Nawaz dismissed Hardik Pandya on the first ball, but the no-ball completely changed the game. The left-arm spinner lost his cool on a couple of balls, costing Pakistan the match. In Melbourne, India (160/6) defeated Pakistan (159/8) by four wickets.

The KING is back ?

The hour has come, and the man has arrived! Virat Kohli delivered one of the greatest innings of his illustrious career. In a thrilling contest, the former India captain remained unbeaten on 82 runs to help India defeat Pakistan by four wickets. When India lost early wickets, Kohli took his time rebuilding the innings with Hardik Pandya, putting on 113 runs. Pandya struggled to hit big shots, but he pushed Kohli to bring out the best in him. The 33-year-old smacked two outrageous sixes against Haris Rauf on the last two balls of the penultimate over to keep India in the game, while Mohammad Nawaz faltered in the final over. He took two wickets but completely lost control on a couple of no-ball and wide deliveries. Ravichandran Ashwin hit the game-winning runs for India.

Earlier, Arshdeep Singh and Hardik Pandya each claimed three wickets to limit Pakistan to 159/8 in 20 overs. Shan Masood (52*) and Iftikar Ahmed (51) contributed to Pakistans fighting total. Haris Rauf and Naseem Shah of Pakistan took early wickets in the powerplay to hurt India early in the chase, but Kohli stood tall when the stakes were high.