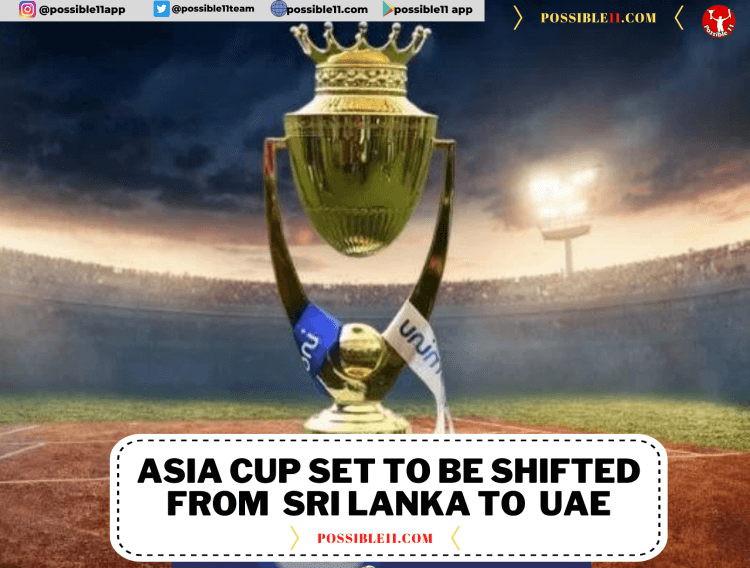 Not much time is left for the Asia Cup to be held this year. There has been a big update about the Asia Cup to be hosted by Sri Lanka from 27 August next month. According to reports, the hosting of Asia Cup 2022 can be snatched from Sri Lanka. The biggest reason behind this is believed to be the ongoing political and economic crisis in Sri Lanka.

Since 2018 the Asia Cup has to be postponed due to one reason or the other. For the last 3 years, the Asia Cup could not be held due to Corona. In such a situation, the Asian Cricket Council wants to organize this tournament this time in any case. In view of the conditions in Sri Lanka, this tournament can be played in the UAE this year. According to the news of Cricbuzz, talks have also taken place between the ACC and the Emirates Cricket Board in the UAE.

Also Read:IPL window in ICC FTP - Two and a Half Month Window Reserved For IPL, PSL

Asia Cup tournament will be played between 6 teams

Big teams like India, Pakistan, Bangladesh, Sri Lanka, and Afghanistan will take part in the Asia Cup to be hosted by Sri Lanka from August 27. On Saturday, an ACC member told Cricbuzz, "In such scenarios, it is felt that it is not appropriate to host the Asia Cup." An official of the SLC (Sri Lanka cricket team) has also admitted that there is a strong possibility of change.

Pakistan board in support of Lanka

The UAE is being seen as the new venue for the Asia Cup, but organizing matches there in the summer can become a big challenge. However, until this change is finalized, that the statement from the Pakistan Cricket Board is proving to be the spirit of Sri Lanka.