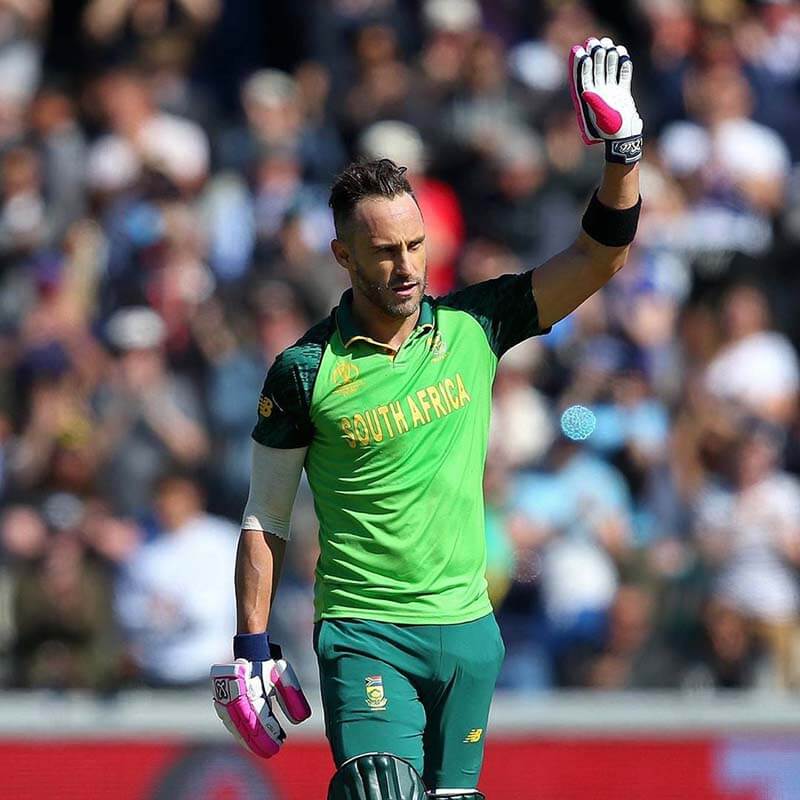 Faf du Plessis, the former South Africa captain, has retired from Test cricket after 69 appearances in the format. With no Test cricket in the immediate future for South Africa, du Plessis wants to "walk into a new chapter" and focus his energies and attention primarily on T20 cricket, keeping in mind the two World Cups scheduled in 2021 and 2022.

"It has been a year of refinement in the fire for us all. Uncertain were the times, but they brought clarity for me in many respects. My heart is clear and the time is right to walk into a new chapter. It has been an honour to play for my country in all the formats of the game, but the time has come for me to retire from Test cricket," du Plessis said in a statement posted on his Instagram account. "If someone had told me 15 years ago, that I would play 69 Test matches for South Africa and captain the side, I wouldn't have believed them.

"I stand in a place of utmost gratitude for a Test career full of blessings bestowed on me. Every high and low has shaped me into the man I am proud to stand up as today. In all things, those instances worked towards the good of who I believe I am today."

du Plessis, now 36, made his Test debut in Adelaide on South Africa's 2012-13 tour, and was named the Player of the Match for his 78 and 110 not out in a memorable draw - du Plessis' stonewalling helped South Africa bat out four-and-a-half sessions on a wearing pitch. He went on to hit ten centuries and 21 half-centuries in Tests, ending with 4163 runs at an average of 40.02.

"The next two years are ICC T20 World Cup years. Because of this, my focus is shifting to this format and I want to play as much of it as possible around the world so that I can be the best player I can possibly be"

He became the Test captain, succeeding AB de Villiers, in 2016, and led South Africa in 36 Tests, before stepping down in February 2020 after the home series against England, which South Africa lost 3-1. du Plessis finished with a decent Test captaincy record, with 18 wins and 15 losses, the defeats piling up more towards the latter bit of his stint after South Africa had won 17 of the first 27 Tests he had led in. Between the start of 2019 and the end of his tenure, South Africa lost eight Tests, a run that began with the 2-0 home defeat to Sri Lanka in February 2019.

du Plessis, a veteran of 143 ODIs and 50 T20Is, will continue to be available for selection in both the limited-overs formats, and has said that he is keen to be a part of the action at the T20 World Cup, scheduled to be held later this year in India.

"The next two years are ICC T20 World Cup years. Because of this, my focus is shifting to this format and I want to play as much of it as possible around the world so that I can be the best player I can possibly be," he said. "I strongly believe that I have a lot to offer to the Proteas in this format. This does not mean that ODI cricket is no longer in the plans, I'm just making T20 cricket the priority in the short-term.

"I will be in conversation with CSA over the next couple of months on what the future might look like for me over the next year to find a solution that works for both of us."

Despite his emphasis on the shortest format, du Plessis is not part of the any of the six squads that will compete in a South African domestic T20 tournament starting Friday. Earlier in the week, CSA's director of cricket Graeme Smith had said all nationally contracted players would be obliged to play in the competition as South Africa do not have any international fixtures scheduled until April. Apart from du Plessis - no reason has been given for his absence - national all-format captain Quinton de Kock will also miss the tournament after being granted a mental-health break.

"Faf is a shining testimony of what one can achieve if they commit to it. His patriotism to cricket, impeccable leadership qualities, coupled with his insatiable commitment to imparting knowledge to budding cricketers speaks volumes of the rich legacy that he leaves behind," Pholetsi Moseki, CSA's acting chief executive, said in a statement. "Much as CSA is saddened to see him retire from the longest format of the game, we are however comforted by the fact that he will still be part of our system, where his immense contribution awaits.

"CSA would like to thank Faf for dedicating the better part of his life to cricket and making South Africa proud on and off the field. He has certainly earned himself a special place in our hearts and a favourable chapter in the ledgers of history."

Smith, the former South Africa captain, played his last Test in March 2014, the last bit of his international career overlapping with the start of du Plessis'. "Faf has been a prolific Test cricketer for the Proteas for a number of years now and to lose him in this format is going to leave another big gap in the team," Smith said. "His commitment to the team has always been undoubtable and his transparency with Cricket South Africa about his plans has always been appreciated and we respect his decision, knowing he would not have come by it easily.

"I would like to thank Faf on behalf of CSA for his years of service and dedication to the Proteas' Test team and we look forward to engaging further with him on how he can continue contributing to the team in a meaningful way."