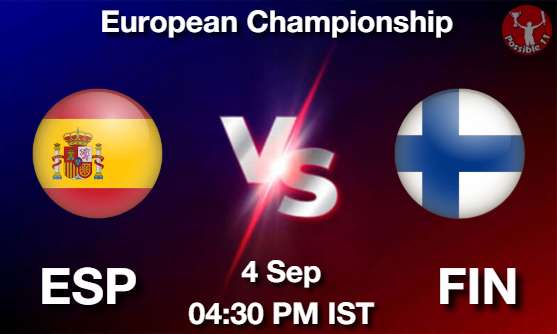 Finland looks to make it back-to-back wins to start the tournament as they take on a winless Spanish outfit. The 31st ranked Finns dispatched North Macedonia, the 38th ranked team in the world in 4 sets in the first match of Pool C, while the 41st ranked Spaniards followed up a 3-0 loss to the Dutch with a 3-1 loss to Turkey. Those results leave Spain at the bottom of the pool and having lost 3 of their last 4 meetings with the Finns, another loss does seem on the cards.

Jordi Ferragut Ramón has been the most consistent performer on offence for Spain so far, with his 22 attack points being the most on the team. He also has 45 total receptions in the two games.
Borja Ruiz leads the team with 4 block points, and he also has 13 attack points in his 2 games. He has been effective on the service as well and had an ace in the last match.
Francisco Iribarne excelled in the last game, with team-leading figures of 34 total receptions and 5 aces while also contributing with 12 attack points.

Urpo Sivula was the leading point scorer for Finland in the last edition with 127 points and led the team in the opener against North Macedonia as well with 25 points. His 23 attack points were the most in the game and accounted for nearly half of Finland’s tally.
Antti Sakari Mäkinen had the most block points among both teams in their last game with 6. He had 28 total receptions, 8 attack points, and hit 3 aces as well.
Antti Ronkainen led both teams with 4 aces in the match against North Macedonia. He also had 9 attack points, 1 block, and 27 total receptions.

Antti Sakari Mäkinen was very impressive against Macedonia, with his 17 total points trailing only Sivula on the team. His 25 net receptions were the most on the team as well.
Antti Ronkainen like Makinen, contributed all over the court. His 9 attack points were 2nd to Sivula on the team, while his 4 aces led the team, and he was second only to Makinen with 24 net receptions.
Francisco Iribarne While listed as the Libero, Iribarne has not played that role so far for Spain. He displayed his all-around capabilities in the last match, with his 17 points being the second-most on the team. 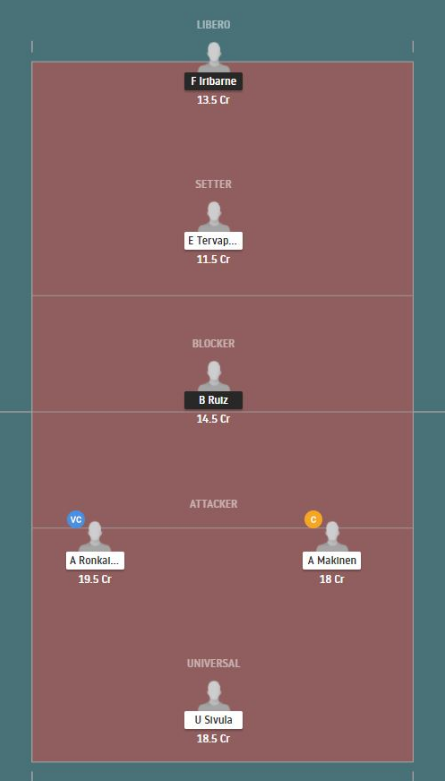