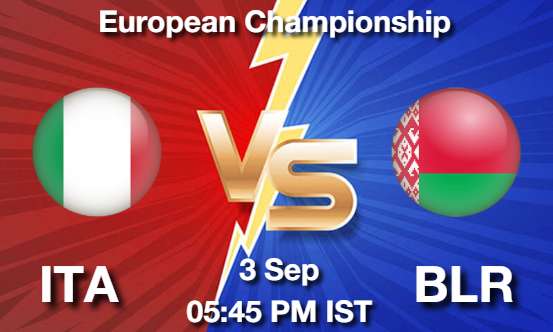 Pool B’s headliner is a classic David vs Goliath battle. World No.8 Italy take on Belarus in theiropening match, a tie which is crucial to both teams’ hopes in the tournament.

Italy will be looking to end their 16-year wait for continental glory and comes into this tournament after having made a quarterfinal appearance in the Olympics held in Japan.

Belarus had to go through a tough qualifier round, where they finished second in their Groupbehind Portugal and made through as one of the four best second-placed teams in the qualifiers.

Gianluca Galassi is a blocker who is usually always among the points for the Italians. He scored 53 points in the recently concluded Olympics for Italy, with 39 of those points coming in the attack. He was also the third-highest scorer for the Italian volleyball team.

Ivan Zaytsev’s offensive output is bound to increase as the onus will be on him to deliver the goods after Osmany’s retirement. He had an underwhelming Olympics by his standard, but was the key Italian scorer in the last edition of this tournament, notching 103 points in just 7 matches.

Zaytsev will be sharing the offensive load with Alessandro Michieletto, who played a brilliantsupport role in the Olympics, scoring 89 points in the tournament. He was Italy’s second-highestscorer and was also a factor defensively as he registered a team-high 38 digs for the team.

Uladzislau Babkevich is Belarus’ main attacking threat. He is the most in-form player for his team, having scored 21 spike points during his last two matches.

He will generate most of the points for Belarus who will need mammoth effort from all their players to make a difference Maksim Budziukhin will be the libero to go with owing to having more chances at receptions and digs.

The Belarusian will be working overtime against a steep attacking opposition and will need to be at his best.

Alessandro Michieletto: The Italian is set to be their offensive lynchpin with Osmany unavailable for the tournament and he will likely need to take the onus on himself to deliver the goods. He was the second-highest scorer for Italy during the Olympics, scoring 89 points during the campaign. The 19-year old has a chance to explode onto the scene during this tournament.

Ivan Zaytsev: The 32-year-old will be spearheading a young Italian core for this tournament. This would be where his experience comes into play. Having top-scored for Italy in the last edition, he will continue to maintain his production but likely as a secondaryscorer.

Uladzislau Babkevich: If you are one of the few, who hope for a Belarus victory, Babkevich should be your captain. The attacker will likely continue his fine form from the qualifiers and with a young Italian team opposing him, anything could happen. 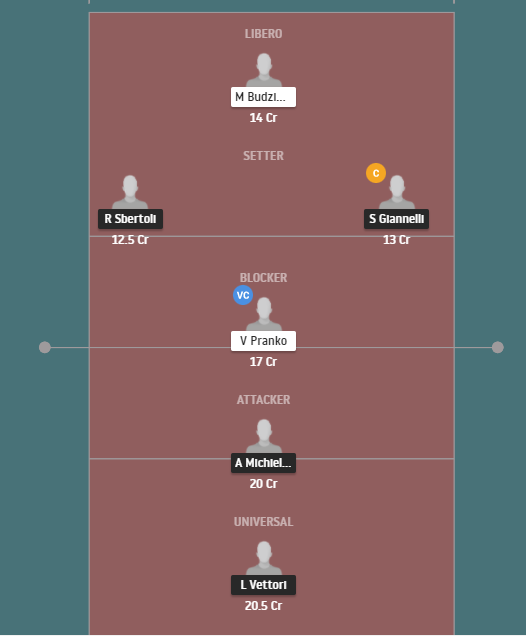