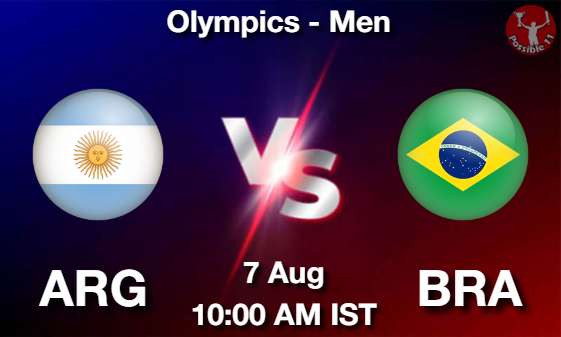 Argentina, meanwhile beat Italy in the quarters only to lose to France in straight sets in the semifinals. The two teams have faced each other earlier in thistournament, with Brazil edging it in a thrilling five-set encounter.

Brazil succumbed to only their second loss in the tournament in the semifinals to find themselves in the bronze medal match. The South American side lost to theRussian Olympic Committee, who were also the team that beat them in the pool stages.

Yoandy Leal is Brazil’s main scorer. The 32-year-old has a team-high 99 total points as well as 89 attack points. He had a slow start to this tournament but has gradually become a key part of the offense.
Lucas Saatkamp’s blocker numbers are similar to good attackers. He could provide support from the defensive positions as he leads the Olympics in block points with 21. He also has 55 attack points in the 7 matches he has played.
Thales Hoss has been the best libero of the Olympics so far, based on digs. The Brazilian has 63 dig points at an amazing success rate of 52.07%. He is 13 points clear of 2nd place and is an easy choice over Danani for libero.

1. Bruno Lima: The Argentine had a disappointing semifinal outing, but his big volume numbers could turn up even in a loss, which looks likely againstheavyweights Brazil. Bruno had 22 attack points, 2 serve points, and 2 block points in the pool game against Brazil, which was a closely fought five-set affair.He could turn up again with significant numbers.

2. Yoandy Leal: Leal’s questionable volume, alongside other Brazilian attackers pushing him to the second pick, but he is still potent. He scored the most attackpoints for Brazil when the two sides met in the pool stage, scoring 17 of them. He also scored 17 attack points in the loss in the semi-finals against ROC, whichwas again a team-high score.

3. Facundo Conte: Conte had 14 attack points in the first game against Brazil. He could prove to be a differential captain, considering that his recent form isbetter than that of Lima and that trend could continue in the bronze medal face-off. 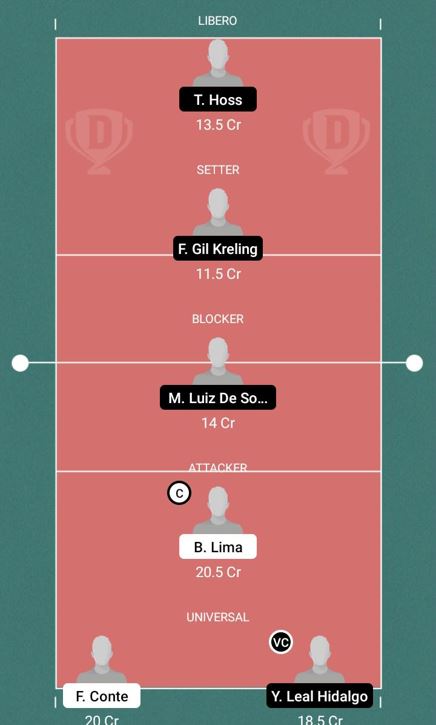