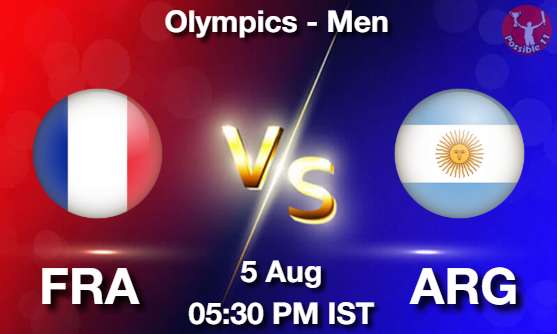 The Olympic semifinal serves as the stage for the head-to-head battle for the near equal powers.

These teams finished with the same number of points (9 from 5 matches) in Pool B and they beat their more fancied opponents in five sets to upset the narrative and change the course of thetournament.

Head-to-head, Argentina had beaten France in their encounter in the Pool stages thanks to a brilliant performance. The five-set encounter would be fresh in the minds of the French when the semifinal draws nearer.