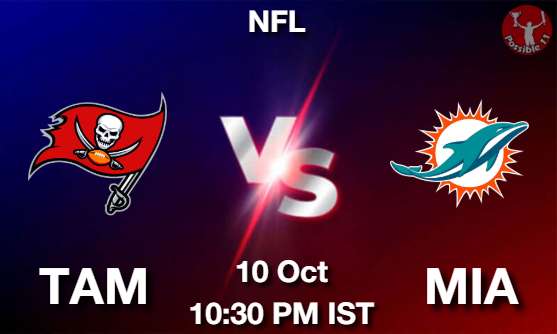 The Tampa Bay Buccaneers are leading the NFC South with three victories and one defeat at themoment.

They will be high on confidence after an emotional and thrilling victory against the NewEngland Patriots at the Gillette Stadium.

Their only defeat of the season came at the hands of theLos Angeles Rams.

Miami Dolphins have pulled off a decent job until now as they are second in theAFC East points table with one victory.

However, the other teams have failed to rack up big in thisgroup that has imparted the second spot to the Dolphins.

They will be coming to this fixture,scrambling desperately for a victory as they were humiliated by the Buffalo Bills, pipped by the LasVegas Raiders and hammered by the Indiana Colts.

Though it seems like a foregone conclusion thatthe Buccs will have the last laugh, yet an upset will be welcome at any stage. 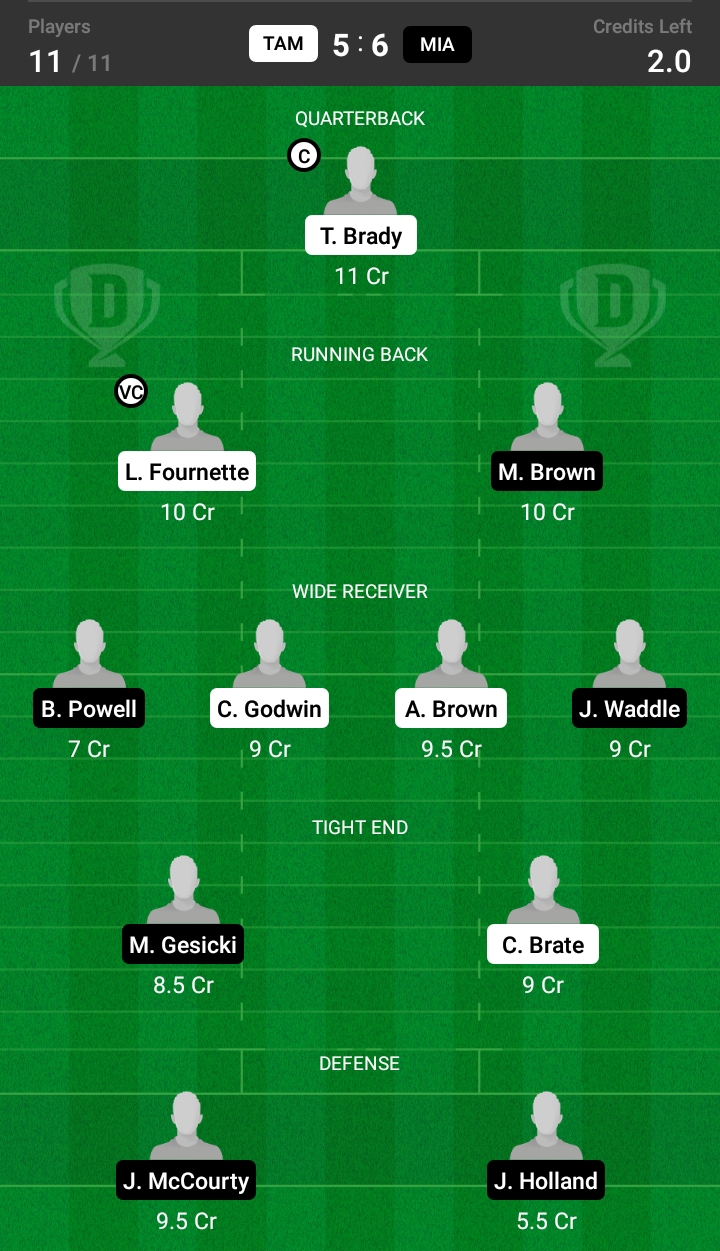